Under strict secrecy work began on Tuesday 11 November 2014 on dismantling a radioactively highly polluted German nuclear reactor with a scandalous cover-up history. The “experimental” nuke at Jülich was shut down in 1988, ten years after serious mishaps which included radioactively polluted water escaping into the ground water. The incident was kept secret, then played down.

The operating company says the deconstruction is not dangerous to the public but experts doubt that claim. The work was to be completed tomorrow, 13 November.

It involves removing the radioactive reactor container, its core element, and moving it about 300 metres away into what activists deride as an “unsafe cheap storage hall” in the same compound for intermediate storage for 30 to 60 years. Only when Germany has a final repository for nuclear waste, will the radiating leftover be broken up and transported away. There is no such repository anywhere in the world.

When lifted out of the building, the container is to be turned by 90 degrees. The most critical moment will be when it is tipped into the horizontal and placed on a scaffold.

All of this happens in a closed shell of steel erected 10 years ago when deconstruction of other large components began.

Previously thousands of tonnes of steel and concrete have been broken up since 2003 to reach the cylindrical radioactive core.

In a press release, the Federal Association of Environmental Action Groups (BBU) notes that anti-nuclear groups have incessantly warned against the “highly dangerous” relocation of the reactor container. “We are sharply critical of the intransparent planning and execution of this move.”

“The enormous weight of the reactor container and its extremely radioactive content pose a big safety risk in the manoeuvre planned. Other possibilities of removing the pollution of the soil, for example by chemical cleansing, have not been adequately considered by the operator. To this day the population have not been adequately informed about timelines, costs and measures of the loading and restoration.” (http://www.westcastor.de/pmavrk.pdf)

The BBU emphasises that it is yet again becoming clear in Jülich that the use of nuclear power involves problems and dangers from beginning to end. "We need immediate abandonment of nuclear industry to stop the incessant production of nuclear waste.”

“That means immediate withdrawal of operating permits of the still operating power stations and the unlimited operation of uranium processing plants in Gronau and Lingen.”

The operator of the Jülich reactor, Arbeitsgemeinschaft Versuchsreaktor (Joint Working Group Experimental Reactor, AVR), emphasises that it has taken all precautions to prevent an accident when the 26-metre high, 2,100-tonne container is lifted out (that’s as heavy as 2,000 VW-Golf’s). The equipment used can lift 4,000 tonnes.

Even if one of four steel hawsers were to break, says the company spokesman, the container could only tip forward into the sealed steel shell. He admits that this could split the container and spill radioactive content. This would be light concrete filled in to bind the radioactivity inside and to make the container more stable. But the radiation would be low-level and could not escape into the air, the spokesman claims.

After radioactive pollution was discovered in soil and groundwater in 1999, the state government of North-Rhine Westphalia, where Jülich is located, and the federal government decided to completely dismantle the reactor.

A critical expert who worked in the Jülich centre, Rainer Moormann, told local WDR television, "The procedure as such won’t put any large burden on the area”. But in the past Moormann internally and publicly repeatedly pointed to weaknesses and blew the whistle on the 1978 mishaps.

He believes that if the container were to tip or if a fire were to break out in the steel hall a situation would arise “that would not be easy to control”. He sees the real problem in the concrete filling, whether it drops out of the container or not.

The concrete reacts with graphite to produce radioactive methane gas, “a very unfavourable mix that has to be avoided”. The gas would escape constantly, including in the intermediate storage hall where the container is to be moved in spring.

"The container has to be under control at all times. The work has to be very conscientious because if anything is lost – the storage isn’t leak-proof – you’d have it in the atmosphere. "With what is known today, one would say the concrete filling was not right.” Moormann assumes that the operator knew the problem. “I suspect it was simply overlooked.”

The AVR research reactor in Jülich is the first pebble-bed reactor to be deconstructed anywhere. To be finished by the end of 2022, the work will cost German taxpayers at least 600 million euros.

The Jülich Research Centre employed a commission of experts to examine it.

It reported that the severity of the highly dangerous situation and the danger to the population had been played down for decades.

The experts found more flaws than reported, including radioactivity getting into ground water when 27,000 litres of water leaked into the reactor core because staff manipulated a security switch.

The incident was rated in the lowest incident category when, according to the experts, it should have been a second-highest or highest alert.

The experts found that the temperature in the reactor core could never be properly controlled, which led to great radioactive pollution of the core.

In its official response, the Jülich Research Centre stated: "The experts were able to confirm that people and the environment were not exposed to radiological danger.”

The cataclysmic nuclear meltdown in Fukushima, Japan, in March 2011 and the broad public debate about nuclear energy in Germany prompted the Centre and the AVR company to have the operating history of the reactor reviewed.

They said the aim was to obtain an independent assessment of the reactor technology and the occurrences during the operation, which included power production.

The report of the experts had shown that grave mistakes and omissions were made by the Centre, the statement said. Rules of good scientific practice had not always been obeyed. “We sincerely regret that. Meanwhile such rules have been in writing for the research centre for more than 10 years."

The findings of the examiners were being taken as a warning “to remain critical towards one’s own research,” the statement said. 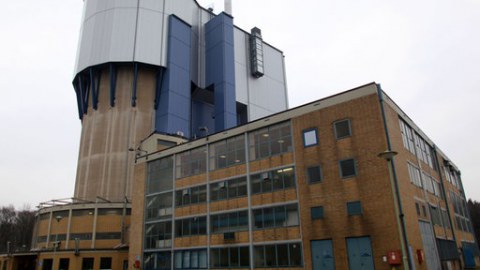