By Freedom from Debt Coalition (FDC)

All Glitz, Nothing New to Solve Poverty and Inequality

PHILIPPINES: The World Economic Forum ( WEF ) on East Asia 2014, a gathering of 70 government and public figures and 460 business leaders here in Makati City, conclude its three-day meeting today, May 25, 2014. The affair is about to wrap up as an expensive and glorified talking shop with no new ideas and solutions to offer to what is Asia’s, even East Asia’s , and especially the Philippines’ most stubborn and alarming problems: poverty and inequality.

The WEF 2014 theme : “ Leveraging Growth for Equitable Progress” is itself an admission that poverty and inequality are problems that undermine the triumphalist hype for economic growth that the region’s elites see as the main source of sustained economic progress. The discussions however never strayed from the old, worn-out free market, neo-liberal prescriptions that over three decades have failed to overcome these problems.

Worse, by showcasing the Philippines as a new model for an “ economic turn-around” touting it as “ Asia’s next economic miracle “ , WEF 2014 and its host, the Aquino government, are foisting a big lie before the region, the world and the Filipino people. Despite claims of moderate to high growth rates in the previous more than ten years, the Philippines registered no significant decline in the poverty ratio from 2006 to 2012 ( NSCB, 2012 ). Inequality has worsened. Seventy six percent ( 76%) of GDP growth for 2011 is equivalent to the income growth of the richest 40 families in the country. In 2009, the The Philippines’ gini coefficient ( WB, 2009 ) already made it the most unequal country in Southeast Asia ( no figures for Burma )and one of the highly unequal countries in the world. Nine million Filipinos have gone abroad, not by choice but by necessity, to seek jobs and a better life. More are yearning to follow.

The neo-liberal, free market formula that was pursued for more than two decades has resulted in a failed economy. Many industries have collapsed and agriculture stagnated. The limited land reform was stuck in the mud. Joblessness have become widespread. Education, health and housing services deteriorated further as the State conceded these areas to increasing corporate takeover. Gender inequality worsens on top of social inequality. National and people’s sovereignty has increasingly become a dead letter in the Constitution and the laws of the land.

On the other hand, the combined profit of 30 companies in the Philippine Stock Exchange composite index rose by 635 percent, compared to 59 percent growth of GDP and GDP per capita increase of 13 percent. Indeed, the neo-liberal, free market formula is an excellent one for corporate greed.

Annual climate change and ecological disasters have not only eaten away the little improvements made in poverty reduction and economic production but have added more figures to poverty ratios and thus, to inequality. The Yolanda devastation of last year has enormously proven this. As we expect and ought to brace for more climate change and ecological impacts, the government has been very slow in putting into place comprehensive adaptation and mitigation measures. Worse, it is passing on its responsibility for rehabilitation and reconstruction of devastated areas to big corporations.

Governance is cited as a bright prospect under the Aquino administration. This is fast becoming more spin than fact. After a few high-impact moves like the Corona impeachment, the anti-corruption drive settles to a slow grinding motion. The abolition of the pork barrel PDAF is decisively a citizen initiative supported by the media. In fact, the pork barrel scam exposed the administration’s extensive and aggressive play to use the pork barrel beyond the requirements of transparency and accountability.

No, there is no turn-around happening for the Philippine economy. Without dismantling neo-liberalism and finding solutions to inequality, the nation is headed to another lost decade as the FDC SONA Statement of 2013 warned. 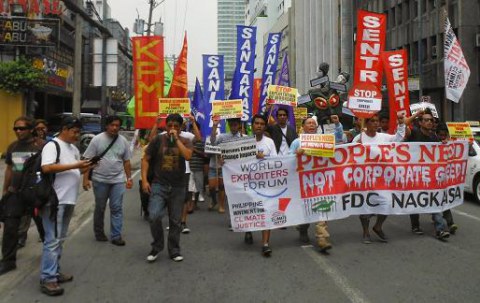 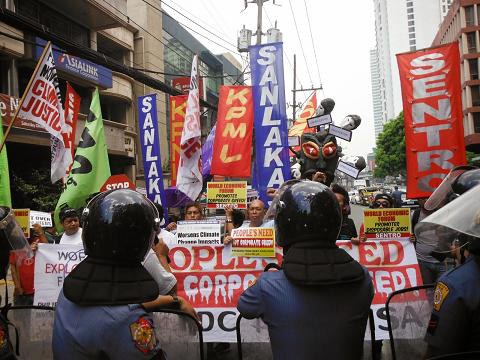 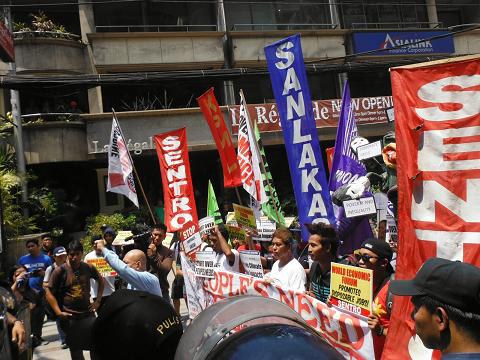 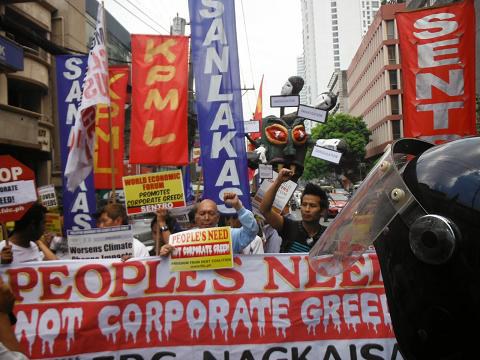