MEDIA RELEASE - OFFICE OF THE PARLIAMENTARY SECRETARY FOR SAFER MIGRATION

Today the Government launches Plan 2050, positioning our country as a world leader in responsible and resilient migration policy.

Australia has one of the most diverse and thriving communities in the world, and we need to build on it with a migration policy that looks to the future.

The Government will be replacing closed, dangerous borders with a politics of cooperation and support.

“It is my honour to announce Australia’s new open border policy,” said the recently appointed Parliamentary Secretary for Safer Migration.

Plan 2050 will create safer pathways for people on the move, taking people smugglers out of the picture by facilitating migrants’ passages to Australia without having to make life-threatening voyages across the sea.

It will break the detention-for-profit business model under which private companies’ profits have increased, alongside the abusive treatment of migrants.

Massive infrastructure funding injections will go towards the urban and rural communities where migrants will settle under the Plan, which will lay the foundations as we continue into the 21st Century, generating significant numbers of new jobs.

New educational and training institutions will also be set up to support the growth of a diverse knowledge and skills base under the Plan, and build a new knowledge economy.

“This Plan will ensure that all people on the move, especially those crossing borders, are safe,” said the Parliamentary Secretary for Safer Migration.

Plan 2050 will deliver immediate benefits with a $40 billion increase to the health and community services budget over the next decade, arising from the shutdown of wasteful spending on detention centres and payments to multinational prison companies.

“We will no longer stand for the old politics of racism and xenophobia, allowing politicians to exploit and profit from anti-migrant messages. Plan 2050 is the new way forward,” said the Parliamentary Secretary for Safer Migration. 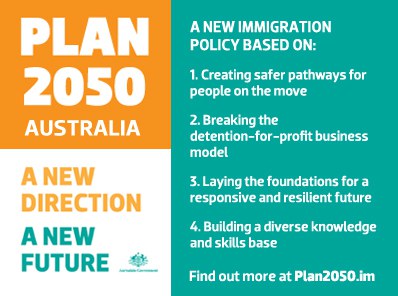 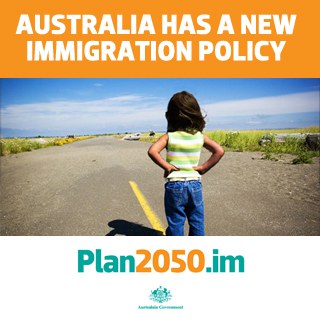 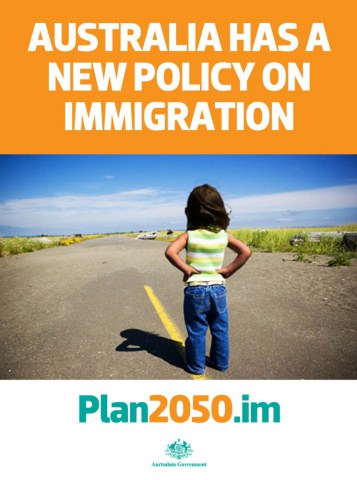