BIG THANKS to the National Indigenous Times and its very special journalist Gerry Georgatos in exposing the FMG hand in dividing the Yindjibarndi and then in keeping up the coverage - because of this mainstream media got the guts to run with a story not looking too pretty for Andrew Forrest and FMG!
Conflicting information, interests and land owners dog FMG

Fortescue Metals Group has had its East Pilbara iron ore operations caught in disputes over conflicting information, conflicts of interest and the authority of traditional owners.

Transcript
LEIGH SALES, PRESENTER: One of Australia's richest iron ore miners, Andrew "Twiggy Forrest", is embroiled in a bitter dispute with local land owners over a multibillion dollar project in Western Australia's Pilbara region. Mr Forrest's company, Fortescue Metals Group, has long boasted of providing jobs, training and opportunities to Indigenous people. But now it's accused of exploiting divisions in Aboriginal communities, buying the support of traditional owners, and pressuring consultants to write favourable reports. Tonight, an insider who worked with Fortescue for more than a year gives his account of what went on. Bronwyn Herbert reports from Perth.

ANDREW FORREST, MINING MAGNATE: I have one message I give, and I've been giving this ever since I became a businessman - the more you know Aboriginal people, the more you love them.

BRONWYN HERBERT: But for more than two years he's been involved in one of the most bitter fights with Indigenous people over his company's latest multibillion dollar development in the east Pilbara. It's a project to mine more than $100 billion worth of iron ore which lies below the red dirt.

MICHAEL WOODLEY, YINDJIBARNDI ABORIGINAL CORPORATION: We read your agreement, we understand your agreement, and - to be frank with you - it's crap, right?
Read the whole story here:
http://www.abc.net.au/7.30/content/2012/s3637169.htm 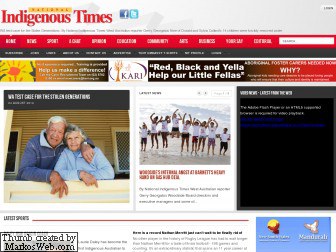