And remember Lucifer was a AUSI & he can save humanity from burning in hell. AUSI, AUSI, AUSI, Australien Universal Space Industries 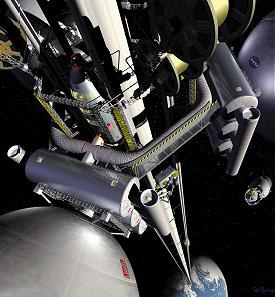 Laser powered vehicles might be a better option than a hyperloop . . .

In order to beam city sized spacecraft into orbit by using lasers you will need alot of renewable energy . . .

Lasers can also simulate a magnetic field in a BEC, Bose–Einstein condensate, this is ideal
for space fountain construction, this could even be a better option than building space elevators
with carbon nanotubes all along the equator.