Gerry Georgatos
The Renters Alliance (RA) started only several months ago in Western Australia with a number of its original members from Bridgetown and the Blackwood region. The RA spokesperson Lea Keenan said the renters rights movement has spread Australia-wide after the RA was swamped with emails and calls from distressed renters.

To get involved write to rentersalliance@humanrightsalliance.org

http://www.4zzzfm.org.au/news/audio/2012/may/22/national-renters-allianc...
"Crushing rental prices are forcing people from the most disadvantaged backgrounds into poverty and, in extreme cases, homelessness according to a newly-formed national renter's advocacy group. The National Renter's Alliance says people living in rental accommodation should have the right to have their dwelling considered as their home and should be afforded protections by the federal government to stay there. The Alliance wants rental prices to be regulated to make them more affordable and reduce the risk of people who can't afford to pay their rent being forced onto the street. 4ZZZ Brisbane Line reporter Lauren Gallagher spoke with Gerry Georgatos and Lea Keenan about the issue."

Ms Keenan said that the RA will convene a rally for renters rights at the Western Australian Parliament on Wednesday August 15 commencing at midday. She said thousands of renters and supporters are expected "if the emails and calls are any indication."

Two Bridgetown renters will be among the speakers at the rally - Louise O'Shea and Jenny Kaeshagen.

"Rights for renters just don't exist. What's out there in terms of our rights is just a mirage - if we don't pay the rent in any one week, we can well and truly be out on the street," said Ms O'Shea.

"Times are getting tougher and when families can't afford to pay for a trailer load of firewood for the cold winter ahead well then I think it's time we start to rethink our moral compass." The Donnybrook-Bridgetown Mail recently wrote about two Bridgetown families who couldn't afford firewood, and for whom just about all of their income went on rent and food. The Human Rights Alliance recently paid for their firewood.

Ms Kaeshagen, also a spokesperson of the Renters Alliance, said that it was "high time" the "conversation about renters rights" began in earnest and that the conversation needs to involve realtors, investors and renters.

Ms Keenan said that "enough is enough with renters stress and families made vulnerable to the one-sided demands of owners and investors."

"It is now the case that 70% of Australians live in rent whereas in 1975 the reverse applied with 70% of Australians in some form of home ownership. People could also pay off their homes in less than ten years whereas now with an even heavier slice of the weekly income it takes forty years," she said.

South West Blackwood-Stirling MLA Terry Redman said he readily acknowledged housing affordability, whether for renters or buyers, was the biggest living issue for most Australians.

"Pressure on the Perth rental market is clearly having a flow-on effect in country areas including the Warren Blackwood region," he said.

"This is why a major focus of the Royalties for Regions program is on stimulating regional economies to create more opportunities for both full and part-time employment."

Greens MLA Giz Watson, who will challenge for a seat in the South West at the next election said, "One of the reasons for rents rising is the lack of diversity of housing, forcing all types of household to compete for the same houses."

"Renters stress is worse than mortgage stress, and the development and legislation of renters rights and which must include protections such as regulated rents, and that it will be unlawful to raise rents outside a schedule and outside people's means, where the location and size of a home is linked to the amount of rent and an affordability regime for everyone must be the rule, and where inspections are done away with - all this must happen so people can live with dignity," said Ms Keenan.

"An investor should not make their real estate purchase contingent on the weekly rent by some poor sod," she said.

The August 15 rally will be followed by a National Day of Rallies - every capital city and in many towns - on Tuesday October 16.

Ms Keenan said anyone who would like to contact or join the Renters Alliance should email rentersalliance@humanrightsalliance.org

http://www.indymedia.org.au/2012/04/22/renters-stress-hits-the-blackwood...
We have all heard about mortgage stress however renters' stress has received comparatively little mention according to Lea Keenan, coordinator of the WA Renters Alliance. Ms Keenan said that rising rents are not confined to Perth and the north west however "are just as out of control in the south west."

http://www.indymedia.org.au/2012/05/16/poverty-is-increasing-life-is-get...
The Salvation Army says life for the poor is getting bleaker, and the poor are becoming many

http://www.donnybrookmail.com.au/news/local/news/general/renters-allianc...
THE Blackwood-centred renters' rights movement has spread Australia-wide after the Renters Alliance was swamped with emails and calls from distressed renters

http://www.donnybrookmail.com.au/news/local/news/general/rent-stress-hit...
"When we put things in context, landlords are hitting us up hard for rent, trying to make as much as possible out of their investment; however it is at the expense of our quality of life," she said

http://www.donnybrookmail.com.au/news/local/news/general/cost-of-living-...
POLITICIANS and government agencies from all parties have agreed cost of living will be a major issue at the next election

http://au.news.yahoo.com/thewest/a/-/wa/13675268/charity-rolls-up-for-ho...
WA is in the midst of a homeless crisis, with an increasing number of families turned away from emergency shelters every night, according to a charity organiser

http://www.perthnow.com.au/business/wa-families-forced-to-live-in-tents/...
They say they had no choice but to hire a tiny caravan and set up a temporary home with their four children at an eastern suburbs caravan park in February, paying almost $400 a week while desperately trying to find a permanent home

http://www.aihw.gov.au/media-release-detail/?id=6442464739
'The stresses are showing up even after assistance has been provided. For example, 35% of households receiving Commonwealth Rent Assistance are still, after assistance, paying more than 30% of their household incomes on their rent, which is a common measure for housing stress,' Mr Wilson said

http://www.shelter.org.au/files/fly-factsheet-australia.pdf
In Australia in 2007–08, 47.5% of low‐income households in the private rental
market were in rental stress

http://www.theaustralian.com.au/news/nation/housing-stress-getting-worse...
"Some 850,000 Australians are in housing stress, with rental costs gobbling up a high proportion of their income," Ms Martin said

http://www.abc.net.au/news/2012-04-17/housing-stress-affecting-renters/3...
More than half of those are having to spend more than 30 per cent of their income on rent, which is the highest proportion in the country

http://canberratimes.domain.com.au/real-estate-news/canberra-among-natio...
Fifty-four per cent of Canberrans receiving some form of federal rent assistance are suffering housing stress, meaning they spend more than 30 per cent of their income on housing costs

http://www.news-mail.com.au/story/2012/02/16/rent-stress-soars/
A TIGHT housing market combined with low income has hit Bundaberg tenants hard, with about 44% in the region experiencing rental stress

http://vcoss.org.au/wordpress/?p=417
The Australians for Affordable Housing campaign went to Canberra last week to call for an immediate increase in the maximum rate of rent assistance and an Affordable Housing Growth Fund in the upcoming Budget. Renters need both and we think the Federal Government has to walk and chew gum at the same time on housing policy

http://www.anglicare.org.au/news-research-events/latest-news/rental-affo...
“With 30 percent of Australians renting and around 600,000 people already in rental stress, Australian Governments must increase supply of affordable housing. It must be a budget priority.

http://housingstressed.org.au/category/renting/
“An increase in Rent Assistance of just $25 per week would lift more than 700 ACT residents out of housing stress completely

http://housingstressed.org.au/
High housing costs put one in five young people at risk
http://www.homelessnessaustralia.org.au/site/index.php
105,000 Australians are homeless on any given night

http://www.streetsmartaustralia.org/homelessness
It's hard to imagine living on the streets, where a piece of cardboard could be your pillow, your bed, your roof, your home. Every night across Australia, more than 100,000 people are homeless, of these 14,000 sleep rough. Every day, two out of three people who look for crisis accommodation are turned away; there are ‘no vacancies’

http://www.youtube.com/watch?v=TsGkp_2CBKo
YouTube: At least 36,000 young people are homeless every night in Australia

http://www.indymedia.org.au/2012/05/17/the-kimberleys-homelessness-rates...
The Kimberley, tourist mecca and resource-rich, has the highest rate of homelessness in Australia, and just about all of this homelessness is Aboriginal folk. The Human Rights Alliance released a statement describing the homelessness tragedy of the Kimberley as a scandal, and as "despicable racism", and slammed state and federal governments for continuing to neglect the Kimberley's Aboriginal homelessness 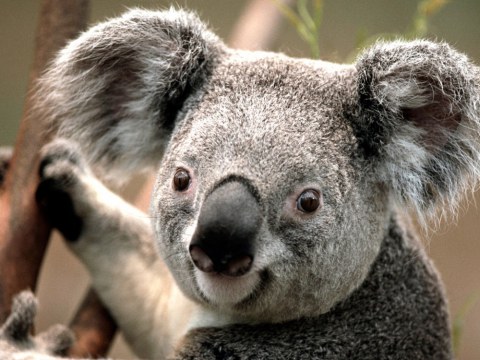 I will be there at the rallies

This is long, long overdue and thank you and I will be there at the rallies

This will be big if we get off our arses

I will be there too! This will be big if we get off our arses and turn, this is a chance to change things

If we don't have this rally we're screwed

This is the rally we need to have, if we don't then we're screwed
the rents I have paid are just obscene and $380 of just three bedroom and one bathroom
we live poor with no chance of getting ahead when we don't have to be kept poor
the rich are greedy

How little is left after rent and food

Incredible good work, this is great, I will be there. Can you give us a list of all the places around Australia where the rallies will happen? I will post and email like silly for this, this is wonderful, oh my God how little is left after rent and food.

With much emotion, Rose

Renters to head to parliament

Homeless fined $100 each for begging (in Perth)