Because he held a news conference outside the Villawood Detention Centre, he and three other gentlemen were denied a meeting with the two Tamil men, which had been previously agreed to, by SERCO's centre management.

Mr Jackson said the two Tamil men have been facing indefinite detention because of an adverse ASIO security findings.

However little information has been released to the two Tamil applicants about the findings which is now normal practice for ASIO and DIAC officers.

"On behalf of the Treaty Republic we intended to issue the passports to these two men who continue to be unlawfully detained, and in contravention to UN Conventions and Aboriginal ways," said Mr Jackson.

"SERCO's mean spiritedness and persistence with fascism bent them in to reneging on allowing us our visit. Robbie Thorpe had provided us with the passports to present to the two men and these two men, brothers, in the symbolism of our freedom march for one another had prepared a meal for us to share, however SERCO, who we consider profiteers from the dark business of incarcerating innocent peoples, denied all of us this camaraderie, solidarity, brotherhood, symbolism, freedom. The brothers had been looking forward to this snippet of humanity to thaw a little the icey dark pall of inhumanity they have known for near three years."

He said the treatment by government of Asylum Seekers to this country smacked of the racism that had destroyed many Aboriginal lives.

The presentation of passports was to be made on Monday May 14 at just after noon at the Detention Centre. A presentation group from the Treaty Republic, the Indigenous Social Justice Association and the Refugee Action Coalition assembled at Centre's Miowera Road entrance at noon.

"We shall present Aboriginal passports to brothers Kokilakumar and Premakumar Subramaniyam. They have been in detention nearly three years," said Mr Jackson at the news conference just outside the Villawood Detention Centre.

"This is abominable, inhumane and inexcusable and indicative of the torment inflicted upon our Asylum Seekers by a government bent on political opportunism."

"These men arrived in Australia in June 2009. Kokilakumar was found to be a refugee in October 2009, however like so many others he had to wait over a year till November 2010 to be told that ASIO had stifled his application with a negative security assessment."

ASIO more often not than not does not explain its assessments, most which after another year's wait are overturned on appeal.

"These two brothers are two of around sixty remaining refugees who face indefinite detention because of a negative ASIO assessment," said Mr Jackson.

"This is not the Australia we want, one with Kafka like powers, and one that brutalises its humanity much in the same way those who he came in large numbers in the tall ships have brutalised Aboriginal humanity and its right to sovereignty and who continue to do so to this day."

"We stand alongside our brothers and sisters and they should be immediately be released from the trauma of detention."

Mr Jackson has called on Australians to send one letter after another, one petition after another to the Office of the Prime Minister, and that Prime Minister Julia Gillard must finally own up to the responsibilities that are demanded of and make up 'humaneness'.

Too many have died in Australian Detention Centres, thousands of lives broken by multiple traumas and mental meltdowns in Australia's brutal immigration detention centre network. The burden of all this shall be born by generations to come...

http://www.theaustralian.com.au/national-affairs/immigration/asylum-seek...
THE Gillard government is planning the first forcible deportation of an Afghan asylum-seeker, according to refugee advocates who have condemned the move

http://www.perthnow.com.au/news/western-australia/protesters-block-refug...
PROTESTERS have targeted the immigration detention centre at Perth Airport in a bid to stop the deportation of two Tamil asylum seekers to Sri Lanka. They prevented a car from leaving the centre today, believing it contained a Tamil man about to be deported.

http://www.cbsnews.com/8301-501712_162-57324749/australia-to-deport-1st-...
Ismail Mirza Jan is to be deported Saturday from Sydney's Villawood Immigration Detention Center to Afghanistan under a new agreement with Kabul, Immigration Minister Chris Bowen said in a statement. Jan had argued that as an ethnic Hazara, he faced death at home, but Australian immigration authorities have determined that he could return to Afghanistan safely.

http://www.abc.net.au/unleashed/3667816.html
He has spent nearly two years in the Villawood Detention Centre. His refugee appeal application has been rejected. He was told by the Immigration Department that it was safe for him to return to Kabul, Afghanistan. Fearing for his life, he said, "I can't go back to Afghanistan and [it's] better to die here than to be killed in Afghanistan. Then they should send my dead body."

http://rran.org/
With its recent attempts to deport two Tamils back to Sri Lanka, the Australian Government showed its increasing disregard for the safety of asylum seekers and contempt for international advice. In addition to injunctions, there will be times when we need to blockade Perth’s detention centre; join us if you want to help stop the government deporting people back to danger

http://rran.org/blog/2012/05/asio-negative-tamil-refugee-attempts-suicid...
e Tamil man, in his early 30s, had attempted suicide by hanging and was dropped down by fellow refugees who found him at around 1.30am this morning

http://rran.org/blog/2012/04/detainees-languish-as-investigation-continues/
Announced in July 2011, the investigation received immediate support, including a letter published in the Medical Journal of Australia (MJA) by Dr Louise K Newman, Chair of Developmental Psychiatry at Monash University

http://rran.org/blog/2012/04/eight-days-hunger-strike-refugee-advocates-...
Three Afghan Hazara asylum seekers who were tortured and beaten unconscious by guards at the end of February after attempting to escape the Pontianak detention centre in West Kalimantan, Indonesia have been refusing food since the night of Wednesday 18th April

http://rran.org/blog/2012/04/10-year-old-asylum-seeker-we-dont-know-who-...
A 10 year old year old Vietnamese asylum seeker has provided a community visitor from the Darwin Asylum Seeker Support and Advocacy Network (DASSAN) with a letter pleading for help

http://rran.org/blog/2012/04/attempted-suicide-at-melbourne-detention-ce...
Tonight at a Melbourne detention centre a man sat on a bench next to me and sobbed silently, his whole body shaking 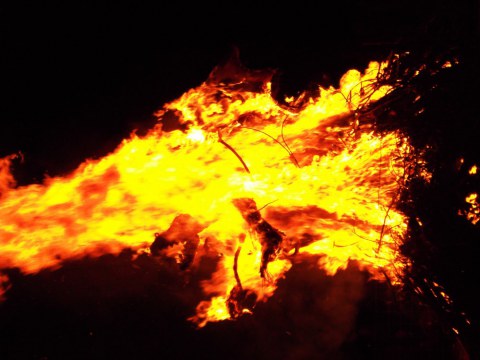 There have been two Tamil asylum seekers who have received negative ASIO security clearances who have tried to take their own lives this week in Melbourne.

Four refugee activists were barred from visiting refugees at Villawood detention centre after being 'deemed to have taken part in a protest'
at the Villawood gate.

The four were visiting Villawood to present two ASIO-negative Tamil refugees with Aboriginal passports issued by the Treaty Republic.

The four have been referred to Serco's Deputy Manager Shaun Maxwell regaring the specifics of the decision. But Maxwell was unobtainable
at Villawood this afternoon.

"This is a completely arbitrary and outrageous decision taken by Serco and the Immigration managers at Villawood," said Ian Rintoul,
spokesperson for the Refugee Action Coalition.

"There was no protest at the gate. But even if there was, since when did being involved in a protest allow Serco or Immigration to ban
people from visiting refugees?

"It is another indication of the arbitrary and unaccountable power that Serco has to punish asylum seekers and now visitors. It seems
both Serco and the Immigration Department have found even more creative ways to abuse human and democratic rights," said Rintoul.

"We will be looking for an apology from Serco and the Immigration Department for this decision and a guarantee that they respect the rigfht to protest by detainees and members of the public. And if they
think that their short-sighted decision will prevent the Aboriginal passports being delivered to the two Tamil refugees, they had better
think again."

This had gone out prior Monday's Villawood visit

On Monday 14 May, 12.30pm, Aboriginal passports will be issued to two Tamil men currently held at Villawood Detention Centre who have being indefinitely detained and denied permanent visas in Australia on ASIO ‘security’ grounds.

Robbie Thorpe stated, “Indigenous people never ceded Sovereignty over Australia. The Australian Government has no legitimate right to grant or refuse entry to anyone in this country, let alone lock up people fleeing war and persecution”.

“We are issuing passports to these men because its what any reasonable, humane society would do. We expect these men to be responsive to Traditional Law, and respect the Indigenous customs of this land. If they do this, which we expect that they will, then they will be welcome to live amongst us,” said Robbie.

Ray Jackson, President of the Indigenous Social Justice Association, said that “locking people up doesn’t solve any problems, it only causes harm. We have seen that time and time again with Indigenous people, and now the government is making the same mistake with Asylum Seekers. This has to stop. The Australian Government must stop imprisoning Indigenous people, and they must stop imprisoning asylum seekers. I am proud to welcome people in need into our community”.

Ian Rintoul, spokesperson for the Refugee Action Coalition stated, “These Tamil men are in a heightened state of distress. They have come from a dangerous and extremely repressive situation in Sri Lanka, and have been thrust directly into indefinite incarceration for no good reason.”

“The latest attempted suicide on Friday 11 May by a Tamil that has been refused security clearance highlights the terrible situation for the ASIO-negative refugees,” said Ian. “They are condemned to indefinite detention, without charge or trial. There is no right to know what evidence ASIO relies on for the negative security finding and there is no right to review or appeal negative decisions.”

“The Labor government has been sitting on its hands since last December’s ALP national conference called for the independent security monitor to review the handling of ASIO refugee assessments,” said Ian Rintoul.

The Original Nations Passport Ceremony will be held at 12.30pm, Monday the 14th of May, in front of the Villawood Immigration Detention Centre (Miowera Road entrance). All are welcome to attend.