A few days after the Earth Summit (Rio plus 20) the 2nd INTERNATIONAL
URANIUM FILM FESTIVAL of Rio de Janeiro invites to the Cinema of the Museum
of Modern Art (MAM). The Uranium Film Festival has selected 40 films about
nuclear power, uranium mining, depleted uranium weapons and nuclear
accidents for the screenings June 28 to July 14, 2012. Also 4 documentaries from Australia about Uranium Mining, Atomic Bomb tests and Depleted Uranium crimes are selected.

Rio de Janeiro, 31 March, 2012 - From Einstein to Fukushima, from the first
Atomic Bomb tests to the nuclear accident of Fukushima. The 2nd
International Uranium Film Festival has now selected 40 documentaries,
movies and animated shorts about nuclear issues that will screen at the
cinema of the famous Modern Art Museum (MAM) of Rio de Janeiro 28 June to 14
July. Since its start in 2011 the Uranium Film Festival has developed to the
most important showcase of "nuclear" films and "nuclear" filmmakers from all
continents that sometimes risk their lives to produce their films. "We are
proud that most of the selected films are Latin American Premiers and some
are World Premiers", says Uranium Film Festival director Norbert G.
Suchanek.

Soon the festival jury will also announce the winners of the feature and
short film competitions who will receive the Uranium Film Festival Award,
the "Yellow Oscar". 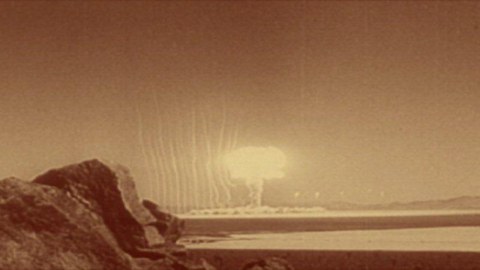 Re: Film Festival about Uranium and Nuclear Energy invites ...