For those in or near Brisbane who want justice for Bradley Manning, WikiLeaks, and Julian Assange.

Bradley Manning
December 17th is Bradley Manning's 24th birthday there will be events held worldwide to demand his freedom and show our support.

"Bradley Manning has spent over a year and a half in prison without a trial. Half of that time in torturous solitary confinement. He stands accused of showing the world the truth about America’s imperialistic role overseas – from American soldiers gunning down Reuters journalists to previously-unknown scores of civilians killed in the Iraq War.

In a democracy, the public has a right and a need to know about its government. Bradley stands accused of telling us the truth about our government – and now he faces life in prison, or even the death penalty.

" Our grassroots-driven organisation is taking on some of the world’s most powerful and embarrassed government officials. We face tough odds, but we have truth on our side. And, just as important, we have the support of people like you." - Bradley Manning Support Network

Julian Assange has been under house arrest since the 7th December 2010 in Norfolk England. He has a electronic tag and reports to police daily.
Once in Sweden he will be put in solitary confinement and held without charge. Despite not having been charged, there is no time limit to how long he could stay in detention. Experts say it is likely he will remain in pre-trial custody indefinitely.

The United states have been looking at charging WikiLeaks and Julian under US law, most likely the Espionage Act. Under a bilateral agreement ,between Sweden and the United States, Julian is at risk of being extradited to the US as soon as he arrives in Sweden.

Held in US custody, Julian risks torture, kidnapping and execution.Look what is happening to Bradley Manning. We need to keep Julian out of prison.

The allegations of rape and sexual misconduct that have been used as the reason for Julian's extradition for questioning are false. He is unable to give his side of the story in court. It has hardly been given a mention in mainstream media that:

" The fact that the sex was consensual in all of the events is not disputed. One of the complainants, AA (Expressen, 21 August 2011), stated that both she and SW had consensual sex with Assange." Sweden vrs Assange

It is important to keep up support for Julian, on the 19th of December it will be decided if his appeal will be excepted in the Supreme court. If it is not he will be extradited to Sweden.

These two men have put their lives at risk for others we need to support them.Christine Assange, Julian's mother is from Noosa. She has been very active in supporting her son. Lets give her a hand she is our neighbor. As a friend of mine says we all have skills and talents. How can we use them to help others.

I feel that some of us haven't shown our support for Julian because we some how believe what is printed in the mainstream media. Maybe we have thrown it in the too hard basket. Have a look at the facts. Sweden vrs Assange.com 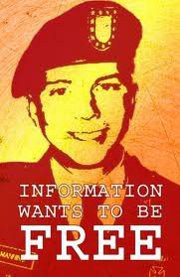