Drag queens provided a colourful finale to a rally that really shouldn’t have been necessary, a point made by more than one speaker – seven years since the re-writing on the Marriage Act to exclude same-sex couples, and seven years of rallying and campaigning for equality is seven years too long.
Unlike the ‘dress rehearsal’ the previous Wednesday (http://indymedia.org.au/2011/08/10/equal-love-wedding-rehearsal-in-bourk...) when the attendance must have been a shade disappointing for the organisers, this time all available space at the State Library was filled, and the march and marriage celebration outside the Victorian Registry Office certainly no less impressive than the last – though there was no sign of the red-haired Julia Gillard puppet from last August, which was a shame…

Rally for Equal Marriage rights! No to homophobia! No to Discrimination!

On the seventh anniversary of the marriage act being re-written, we at Equal Love and the majority of Australians demand equal rights now!

7 years of marriage inequality is 7 years too long! Come and tell the ALP to change the marriage act now!

In the lead up to the ALP national conference later this year it’s vital that ALL LGBTI and supporters of this campaign come out in our thousands at this rally and illegal wedding!

Prizes on offer for best placard, so get your creative juices flowing and bring out the Texta. Certificates will be given to those couple wanting to take part in the ceremony to take place on the steps of the Marriage Registry. Get our those wedding garments and join us at the countries biggest rally for Marriage Equality hosted by Tracy Bartram in Melbourne on Sat 13 August. 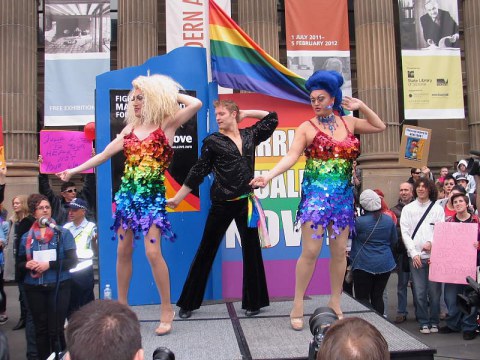 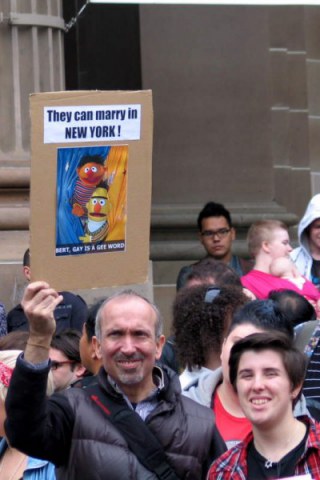 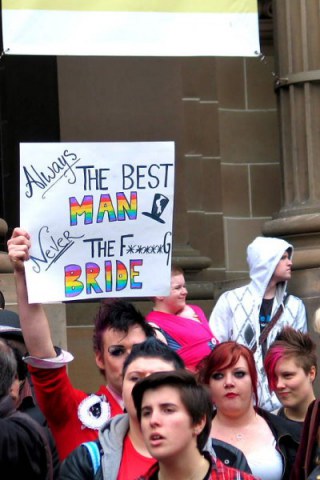 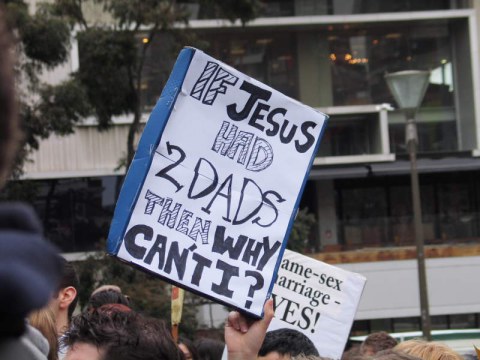