PLM Calls For The Release of 30 Activist Held In Malaysia

Manila -- Around 70 members of Partido Lakas ng Masa (Party of the Laboring Masses - PLM) held a brief picket in front of the Malaysian Embassy this morning to protest the arrests and detention of 30 activists belonging to the Parti Sosialis Malaysia (PSM).

Sonny Melencio, chairperson of PLM, submitted a letter to a representative of the Malaysian Embassy expressing the PLM’s outrage and condemnation to the ongoing crackdown against Malaysian socialists.

The letter also stated that the latest actions constituted attempt by the Malaysian government to intimidate Malaysian citizens from exercising their civil and political rights.

Melencio said that the PLM would organize more and bigger solidarity protests until the 30 activists are released.

Manila – Members of Partido Lakas ng Masa (PLM) held another picket in front of the Malaysian Embassy today. PLM protested the arrest and detention of 30 pro-democracy activisits in Malaysia, including Romy Castillo, deputy general-secretary of PLM, who was in Malaysia for an exchange visit program with the Parti Sosialis Malaysia.

The wife of Romy Castillo, Tess Castillo, spoke at the picket and pleaded with the Malaysian embassy officials to press its government to release Romy and the 30 others.

Castillo was arrested on June 25 on charges of joining a pro-democracy rally, calling for free and genuine elections. He was taken, together with several others, from a bus en route to the supposed rally site. He was released on bail.

Yesterday, Castillo was detained at the Kuala Lumpur immigration office and was not allowed to board his flight to Manila. The immigration authorities later said that they were deporting him via Malaysian airlines 840. But instead of bringing him to the plane, he was handcuffed and forcibly taken by the police to the Balai Police Sepang under IPD Sepang. The police took his passport and said they will have to verify if it is genuine. The police investigation is under Officer ASP Hairul (+60196664953).

PLM has already contacted the Philippine embassy in Kuala Lumpur. Consul-General Renato Villa said the embassy wil follow up Ka Romy’s case. The matter has already been brought to the attention of the Commission on Human Rights and the Overseas Filipino Workers Affairs Office at the Department of Foreign Affairs in Manila.

If Ka Romy is not released soon, PLM vows to stage a bigger rally on Tuesday (July 5).

Party of the Laboring Masses (PLM)

We are writing to you, to express our outrage and our strongest condemnation over your government's on-going crackdown and the arrest of the 30 PSM Activists.

We further demand that your government stops the assault on freedom of expression and release all the 30 PSM Activists immediately.

Warm solidarity greetings from the Philippines. We congratulate the Parti Sosialis Malaysia in its 13th Annual Congress and we wish you the best in all your endeavors. It has been a long time since we decided to establish fraternal relation with your Party and our solidarity and cooperation have been strengthening all through the years.

In this Congress, we send one of our leaders, Ka Romy Castillo, to be with you and to personally greet you all on behalf of the Partido Lakas ng Masa (PLM) in the Philippines. His visit is part of our continuing exchange of party leaders and activists which started in 2009.

We are very proud to have established a network of socialist parties and groups in the Southeast Asia region that included socialist comrades in Malaysia, Philippines, Indonesia, Thailand, Vietnam, and Australia. We know we still have to widen our network to include socialists not only from Southeast Asia but in the entire Asian and Pacific region as well. It is heartening to know that both our parties are also initiating various solidarity projects with socialist groups and parties in other Asian countries through separate or combined initiatives.

We live in very troubled but interesting times. The global capitalist economic crisis continues without let up in every corner of the world; the environment crisis is threatening the very survival of our planet; and the political crisis is engulfing not only a few countries, but entire regions of the world today. There are inspiring signs however.

The revival of socialist struggles and socialist movements are making tremendous strides in Latin America today. Socialist leaders in government such as Hugo Chavez of Venezuela, Evo Morales of Bolivia, and Rafael Correa of Ecuador, have been leading the struggles for what is now known as Socialism in the 21st century. Chavez has called for the formation of the Fifth International to gather the strength of the socialist movements worldwide. The process has temporarily been stalled but the formation of a revolutionary socialist network in Latin America is still underway. Precisely because of the socialist upsurges in the region, the imperialist bulwark that is the United States has imposed severe economic sanctions against Venezuela’s state oil companies to curtail the government’s social aid programmes in Venezuela and other countries, including Iran.

The Middle East and North Africa are now the hotbed of growing resistance against dictatorial and neo-liberal rule. People’s mobilizations and popular resistance are gaining grounds and are able to depose autocrats’ rule in Tunisia and Egypt. The struggles in Yemen, Syria, Bahrain, Iran, and other countries in the region are still continuing and unfolding. The unemployed youth and new radicalizing Arab forces are the ones leading the struggles. Meanwhile, the imperialist forces are using NATO to bomb Libya, in the guise of supporting the anti-Ghaddafi rebel forces, but in fact, the military attack is designed to protect imperialist interests in Libya and in the oil-rich region.

While Europe and North America constitute the imperial bastions of imperialist forces oppressing and dominating the world, the working class and the socialist forces are trying to regroup and strengthen the anti-capitalist forces in these regions. There have been massive protests and demonstrations against the austerity measures imposed by the international financial institutions and so-called multilateral banks in France, Greece, Portugal, Ireland, UK, and even in a number of states in the United States. The massive mobilization of the youth in Spain was inspired by the conflagration in North Africa, and is still continuing and growing.

There is a regroupment going on among socialist and anti-capitalist groups in Europe. The PLM is fortunate to have visited Germany recently and to meet with the socialist party of Die Linke. It is important to know that the socialist movement in the former heartland of “really-existing socialism” has been doing a lot of rethinking to renew socialism around a democratic and egalitarian platform. The rethinking and regroupment project also cover former socialist parties and groups which have been part of the leading revolutionary forces in the region for a long while.

Lastly, we again congratulate the PSM for being very central in renewing and developing the socialist movement in our region. We are proud to be in close solidarity with your party during these interesting times. The socialist movements have suffered tremendous blows, but the wind seems to be blowing again in the direction of another socialist resurgence.

Advance Socialism in the 21st Century! 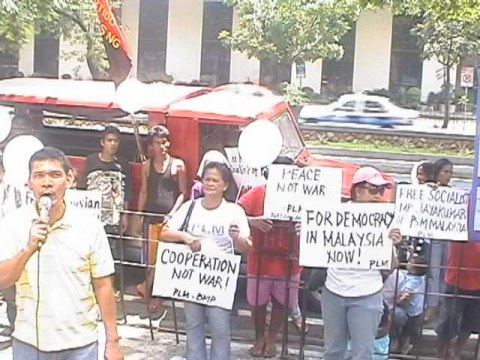 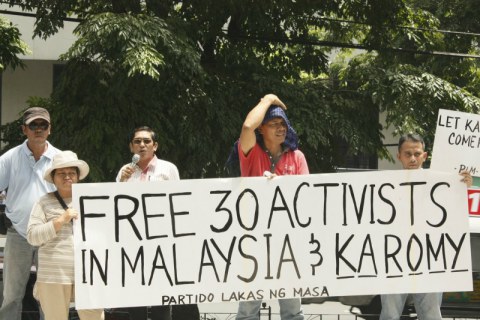