A few days after the Malaysian Bar Association issued a statement opposing the recently-announced refugee swap between the Malaysian and Australian governments (“Asylum seekers and refugees are not commodities to be traded” – full text given below), the Refugee Action Collective in Melbourne called a protest at the GPO in Bourke Street, followed by a march down to the steps of Flinders Street Station.

Just for once, and in spite of the wintry weather, the Mall was busy and loud, and the action attracted much attention, both at the GPO and later at the Station, not to mention during the march through the traffic in Swanston Street and across the Flinders Street intersection – without the benefit of a police escort.

There were more speakers both at the GPO and on the steps of the Station, and opportunities to engage with the public and get the message across with leaflets and direct contact, making this a successful action in spite of the weather and the relatively small number of activists.

The press release from the Malaysian Bar:

Asylum seekers and refugees are not commodities to be traded

The Malaysian Bar is opposed to the recently-announced arrangement agreed to between the Governments of Malaysia and Australia. As we understand the arrangement, Australia will send to Malaysia 800 asylum seekers who have been detained by the Australian authorities. In return, Australia commits itself to accepting for resettlement 4,000 refugees currently in Malaysia, over a period of four years.

The proposed exchange of asylum seekers for refugees between Malaysia and Australia is a misguided approach for dealing with a complex issue with serious ramifications.

It is irresponsible of Australia, as a State Party to the United Nations Convention relating to the Status of Refugees adopted on 28 July 1951 (“Convention”), and its 1967 Protocol, to abdicate its international obligations under the Convention. Through this deal, Australia is consigning 800 people to a life of uncertainty and probable suffering, given that Malaysia is not a State Party to that Convention. Indeed, Malaysian law does not even recognise the concept of asylum seekers or refugees. Instead, it treats all undocumented persons as “illegal immigrants”, and subjects them to imprisonment and whipping.

It is untenable that Australia proposes to “pass the buck”, as it were, for the protection, care and support of these 800 asylum seekers, to Malaysia, when Malaysia has no comprehensive and organised system to provide assistance to asylum seekers or refugees. Even more astounding is the fact that Australia had reportedly rejected the use of an Australian-built processing facility in Nauru because that nation is not a signatory to the Convention, yet has no qualms about transferring asylum seekers to Malaysia.

As it is, Malaysia is already home to almost 100,000 asylum seekers and refugees who have been registered by the Office of the United Nations High Commissioner for Refugees in Kuala Lumpur. None of these asylum seekers and refugees is provided with any material or financial help by the Malaysian Government for housing, jobs, education or health care. Because Malaysia has not acceded to the Convention, there are currently no legislative or administrative provisions in place for dealing with the situation of asylum seekers or refugees in the country. They exist in a shadow society in which they have no legal rights, and even less protection and security. They live in constant fear of the authorities – the police, immigration personnel and Ikatan Relawan Rakyat Malaysia (“RELA”) members. The Malaysian Bar reiterates its concern that the legal situation and conditions of life of asylum seekers and refugees and their families in Malaysia is degrading, demeaning and dehumanising, and wholly unacceptable to any civilised society.

Thus, the Australian Government is proposing an arrangement under which it has no assurance that the asylum seekers it sends to Malaysia will be treated in accordance with international human rights norms, and in compliance with the principles of the Convention.

The Malaysian Bar calls upon the Australian and Malaysian Governments not to proceed with this arrangement. Instead, our Government must establish a proper and comprehensive framework for dealing with the situation of asylum seekers and refugees who are already in this country, and begin by according such persons due legal recognition. Malaysia must also demonstrate a proven track record of upholding human rights to the highest possible standards.

We wish to clarify that, contrary to the report titled “Pact gives refugees protection” published in today’s New Straits Times (“NST”), we did not say that the proposed plan is “generally a good one” or that “certain things needed to be done first”. Rather, our statement to NST asserted clearly that we are “stunned that Australia would have such an arrangement with Malaysia when Malaysia is not a State Party to the [Convention]”. Neither did we say that “the agreement was an opportunity for Malaysia to become a signatory to the [Convention]”; instead, we highlighted the urgent need for Malaysia to become a State Party to the Convention for the reasons outlined above. 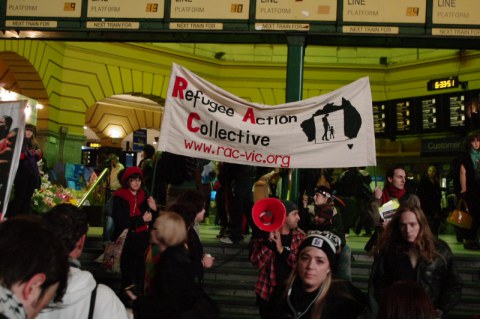 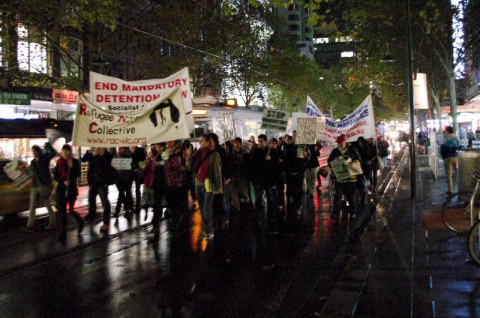 If these refuges are fleeing their countries to be safe why dont they stop at the first country they are safe in? If they keep on going to Australia they are no longer fleeing to safety and no longer refuges.I came to Australia through the correct channels from Iran don't be fooled by cue jumpers.If you flee Afghanistan you will be safe over the border in Pakistan or India they only come to Australia because the Government is weak on border control.

Most refugees do stop in neighbouring countries i.e. Afghanistan or India, or other countries on the way such as Indonesia. Australia receives a tiny percentage of the world's refugees (roughly 0.03%) as most refugees seek asylum in countries closer to home.
Also, the term queue jumper is ridiculous. If someone was burning your house down, would you walk down the stairs and exit via 'the correct way' through the door if it very likely meant death? Or would you hop out of the nearest window to save your life? There are no queues for people fleeing from persecution, they risk everything they have to get out of their situation and exercise their right to freedom and seek asylum.
Also, there is no guarantee they will be safe over the borders, as many of these countries have not signed the UN Refugee Convention (such as Malaysia, to which the Gillard Government is planning to send 800 refugees) and they may face deportation back to the country from which they fled, or incarceration, torture and further persecution. Refugees are not criminals, so they should not be viewed, nor treated as such. Australia should offer them protection, not lock them up.
Also, please do some research and get your facts right before you start airing your views.