Numbers were up on last year, partly no doubt because the day fell on a Sunday, allowing the May Day Committee to fall in line with the rest of the world, but also boosted by the arrival of a large contingent marching under the banner of Middle East Solidarity and demanding democracy in Syria...
As always, the march was led by the Ringwood RSL Pipe Band, and followed the traditional route down Russell Street to LaTrobe, Swanston Street to Collins, and so back to Trades Hall via Russell Street. Proceedings began with a Welcome to Country from Indigenous activist Sharon Firebrace.
The celebrations ended with performances by the Victorian Trade Union Choir alternating with more speakers, outstanding among whom was anti-Intervention campaigner Barbara Shaw of the Intervention Rollback Action Group in Alice Springs ("http://rollbacktheintervention.wordpress.com/media/). 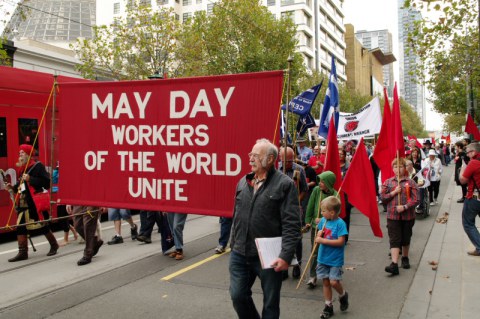 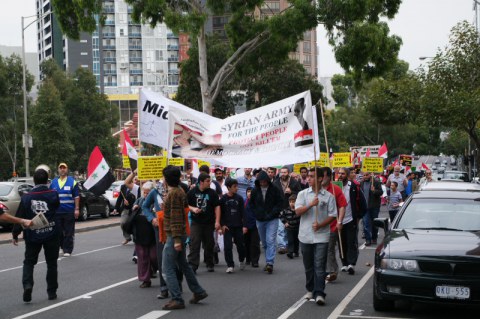 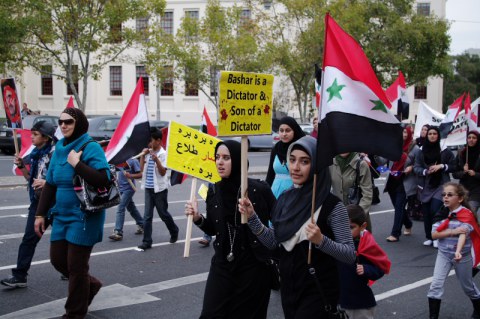 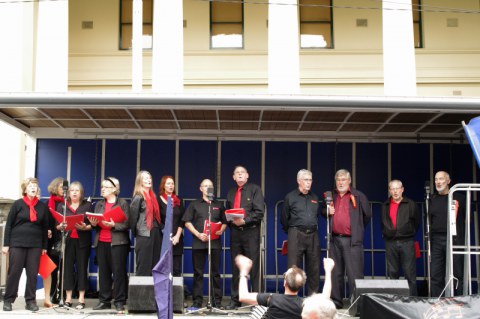 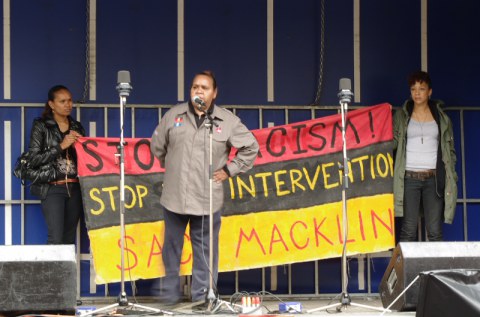