A rally in Perth on March 22 by the Deaths in Custody Watch Committee protested the increasing moves for prison privatization and in particular the death of Aboriginal elder Mr Ward while he was in private prison transport. The rally called for these services to be returned to public operation where they are accountable to the public through parliament.

The secretary of Western Australia's prison officers union, John Welch, called on the government to tear up its contract with the private company responsible for prisoner transport.

"It's illogical to allow the private sector to continue to transport prisoners when private companies are responsible for the two biggest failures in prisoner transportation to date," he said.

"These failures include the death of Mr Ward on a long-distance journey in 2008 and the escape of nine prisoners from holding cells at the Supreme Court in 2004."

"We have all seen the consequences when G4S or any other private company providing these services fail to provide those services correctly. What we saw was the death of somebody in the back of a van."

"No part of our justice system should be run by foreign multinationals. Prisons and prison services should be in publc hands." said John Welch, "We want to stand beside the Deaths in Custody Watch Committee in fighting for the end of privatisation, for ensuring accountability comes back into the prison system."

Mr Ward died after overheating in the back of a prison transport van run by the private company G4S in 2008. The Coroner handed down his report in June 2010 that Mr Ward "cooked to death" in a police van. The Death occurred in the back of the prison van on the way from Laverton to Kalgoorlie in WA's Goldfields region in January 2008.

The family of Mr Ward was awarded a $3.2 million ex-gratia payment by the State Government in July 2010.

In January 2011 Worksafe WA laid four charges under the Occupational Safety and Health Act against the state government, G4S and the two drivers involved in Mr Ward's death.

A petition with over 1,000 signatures was presented at the end of the rally to Alison Xamon MLC, Greens WA member for East Metro region, for tablin in parliament. 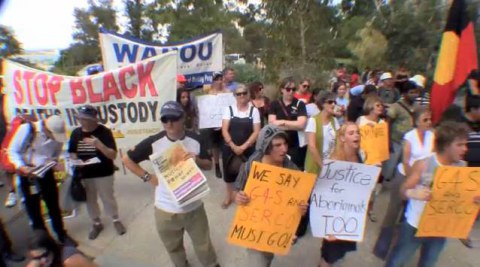 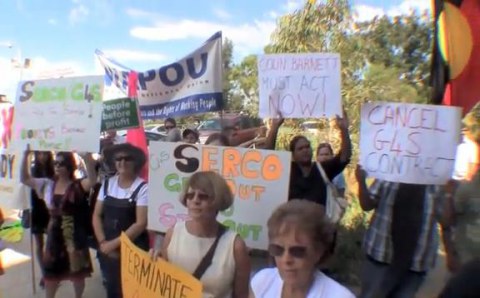 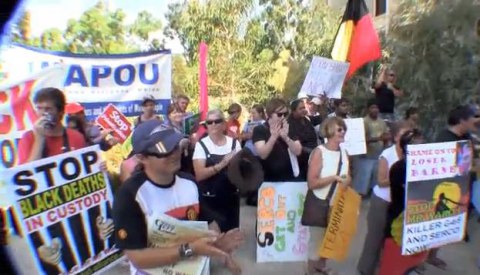