Melbourne vigil for the people of Japan

A candlelight vigil in Melbourne on the steps of the GPO heard from people with close relatives caught up in the tragedy of the devastating earthquake, tsunamis and escalating nuclear crisis in Japan.

Origami peace cranes cascaded down the old GPO steps into the Bourke Street Mall where many office workers stopped briefly to watch on their journey home.

As well as hearing the stories of anguish from Japanese people resident in Australia, the vigil also heard from a doctor from the Medical Association for the Prevention of War, an official from the railways union, and Dr Jim Green from Friends of the Earth anti-nuclear collective.

Australian uranium mined by BHP Billiton at Roxby Downs and at the Rio Tinto Ranger Mine is supplied to Tokyo Electric Power Company which runs the Fukushima nuclear power plant the focus of the nuclear crisis. The vigil was told that military and civilian use of nuclear power is intimitely entwined.

The vigil was organised jointly by the Medical Association for the Prevention of War, International Campaign to Abolish Nuclear Weapons, and Japanese for Peace. 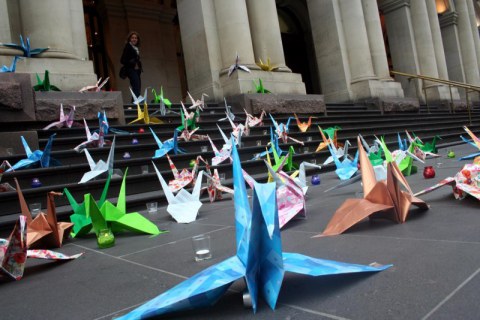 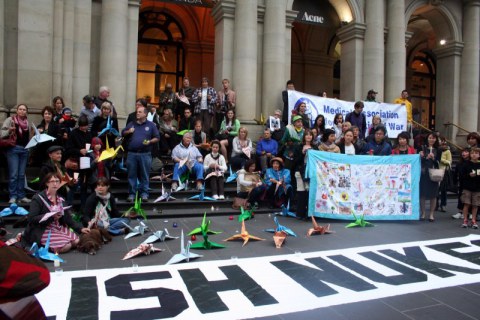 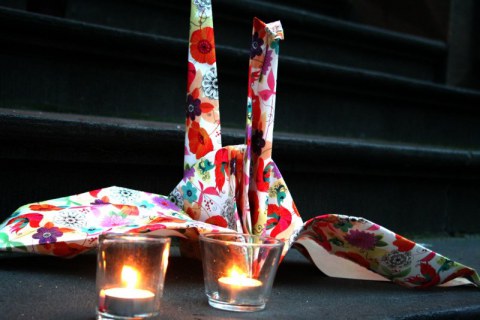