Dave Sweeney, Nuclear Free campaigner with the Australian Conservation Foundation, was one of the speakers at the launch of Friends of the Earth Nuclear Freeways 2010. The site chosen was the Preston office of Energy and Resources Minister Martin Ferguson, currently driving plans for a nuclear waste dump at Muckaty in the Northern Territory against the wishes of Traditional Owners (see post for 26 July: Muckaty traditional owners visit Office of Martin Ferguson).

Other speakers included Greens candidate for the seat of Batman Alex Bhathal, Sharon Firebrace, Socialist Alliance candidate for the Senate, and Dimity Hawkins, long term anti-nuclear campaigner and presently Campaign Director with ICANW. MC was Cat Beaton of Friends of the Earth ACE collective and ICANW.

There was theatre involving the Uranium Busters and music including Kaso’s “Don’t waste our country” courtesy of a solar powered sound system housed in a 44-gallon drum – alongside a trailer loaded with similar drums marked with radiation warnings. And last but of course not least, Ziggy the nuclear white elephant and a small police presence, including a representative of the AFP.

The tour sets off tomorrow, Saturday, to trace one of the proposed routes that would be followed by trucks carrying waste from Lucas Heights in Sydney to the projected dump at Muckaty, on the way meeting councils, indigenous nations, community groups, and emergency services organisations with a view to raising awareness of the risks and dangers inseparable from transport of this kind. 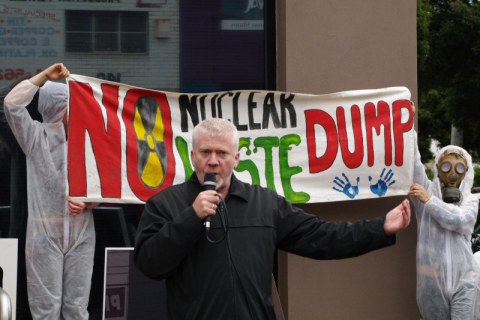 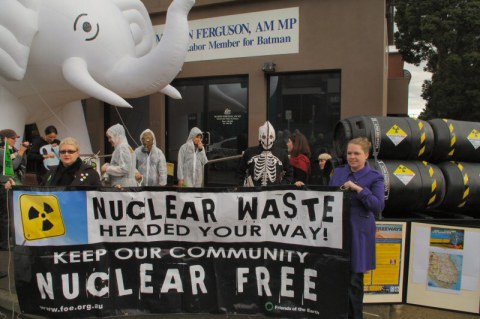 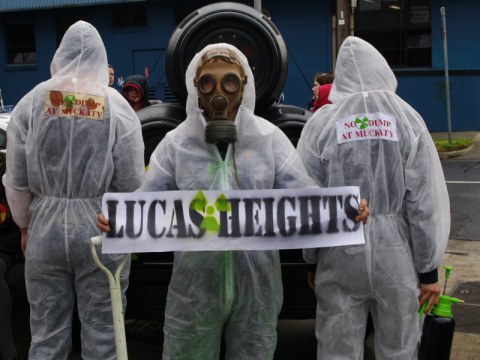 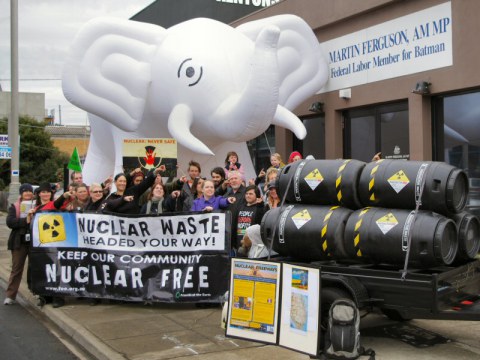 video of the launch

The video of the launch is now also available on EngageMedia:

pics of the launch on my picasa web page

Hi everyone, I've put a number of pics of the launch on my picasa web page