Joanne Dateransi from Bougainville was one of the speakers at a rally organised by LASNET at the State Library of Victoria as part of a worldwide day of protests against the ever-growing pernicious influence of multinational companies. She spoke chiefly about the history of mining giant Rio Tinto’s operations, and opposition to attempts by the company to resume mining.

Other speakers included Jessica Harrison of GM Cropwatch, who focussed on Monsanto and especially the insidious spread of GM crops such as canola in Australia, Marisol Salinas of Friends of the Earth and LASNET, who presented anti-Coke campaigner Michael from Colombia, who as unable to attend in person, and Madeline Hudson from FoE’s Anti-Nuclear and Clean Energy (ACE) Campaign, who targetted the uranium mining programs of the world’s largest mining company, BHP Billiton.

After the speeches at the State Library there was a move by some to the Melbourne headquarters of BHP Billiton, where passers-by were offered information leaflets from FoE, and some were able to watch attempts to clean up an accidental spill of lurid green ‘radioactive waste’.

The callout from LASNET was posted on this site: http://indymedia.org.au/international-day-against-multinational-corporat... 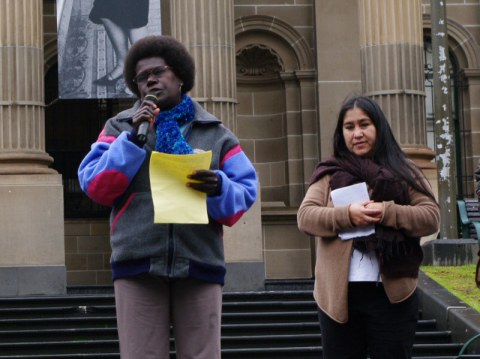 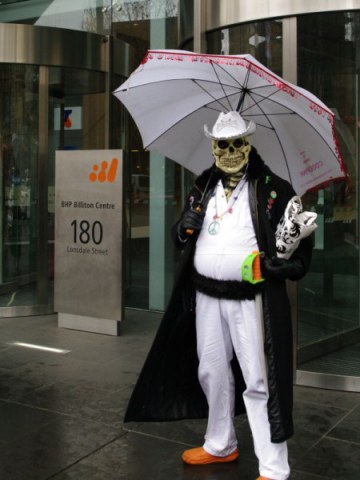 Re: International day against multinational corporations - ...