Victoria's reliance on coal fired electricity has increased in the last decade, with both electricity generation and greenhouse pollution from coal increasing by over 9% since 2000, according to a report commissioned by Environment Victoria - Victoria’s Energy Mix 2000-2009 (Download PDF). The increase is despite the exponential growth in the wind sector, which has barely replaced the decline of hydro power due to drought conditions and climate change.

Environment Victoria’s Campaigns Director Mark Wakeham said in a media release that the report showed that Victoria’s energy mix was poorly balanced, and that progress in reducing the state’s reliance on brown coal would be very difficult unless the most polluting power stations, like Hazelwood, were replaced with clean energy sources.

“The analysis shows that despite some modest efforts to increase renewable energy over the past decade, we are still dangerously dependent on brown coal. Since 2000 the State Government has made very little progress in diversifying our energy mix, and our electricity system remains one of the most polluting in the world.”

“It is unacceptable that our emissions from coal-fired power have increased by 9.6% over the past decade at the very time that the community has been expecting our governments to take action that will reduce emissions.”

“Despite Victoria’s renewable energy target, the market share of renewable energy remains at 5%, the same as in 2000. This is partly because hydro power has declined as a result of drought and climate change, but also because we are burning more coal than ever.”

“The state’s experience over the past decade shows that the only way that we will be able to make real progress in reducing Victoria’s emissions and dependence on polluting brown coal is if we replace one of the large coal-fired power stations with clean energy.”

“Hazelwood power station is the oldest and most polluting of Victoria’s 4 large power stations. In an election year in which Australian action on climate change appears to have stalled, we’ll be urging all parties to outline their plans to replace Hazelwood with new clean energy projects. Given that Hazelwood alone is responsible for 15% of the state’s emissions, replacing it would be an act of leadership on climate change which would kick-start the state’s clean energy future” concluded Mr Wakeham.

The Coal and Energy 2010 Conference is being held on Tuesday 30th and Wednesday 31st March in Traralgon with Peter Batchelor MP. Minister for Energy and Resources scheduled to speak and protests being planned. 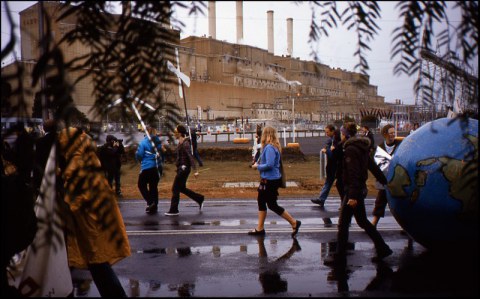