Resources and Energy Minister Martin Ferguson’s announcement on 23 February of plans to dump nuclear waste at Muckaty Station in the Northern Territory in spite of opposition from a range of traditional owners triggered immediate protests, including one by FoE’s ACE collective on Friday 26th. A further action took the form of an open-air film night outside his electorate office, with films projected on a makeshift screen on the side wall, while the ‘audience’ made themselves comfortable on the footpath opposite...

The following statement was issued by Friends of the Earth Australia:

Federal resources minister Martin Ferguson’s announcement that he will pursue plans for a national nuclear waste dump at the Muckaty site, north of Tennant Creek in the NT, continues the shabby and unfair process set in train by the Howard government.

Mr Ferguson is also well aware of the unanimous resolution passed by the NT Labor Conference in April 2008 which called on the federal government to exclude Muckaty on the grounds that the nomination “was not made with the full and informed consent of all Traditional Owners and affected people and as such does not comply with the Aboriginal Land Rights Act”.

His comments linking the dump to nuclear medicine are disingeuous. The ongoing practice of nuclear medicine is in no way dependent on securing a dump site anywhere let alone pursuing the hotly-contested Muckaty nomination. Only 10-20% of the waste arises from nuclear medicine.

Mr Ferguson’s claims that it is low-level waste and that it will be safely buried are false. Measured by radioactivity, over 90% of the waste comes from the overseas reprocessing of spent nuclear fuel from Lucas Heights nuclear research reactors. This long-lived intermediate-level nuclear waste (LLILW) will be stored above ground adjacent to the dump site. This ‘interim’ above-ground storage could last for decades or centuries since the government has made no progress establishing a deep underground repository for LLILW.

Mr Ferguson’s handling of the issue has been highly secretive – a clear breach of Labor’s 2007 election promise to handle the issue in a transparent and accountable manner. He says he intends to consult after announcing a dump site. But that is not consultation – it is an insult.

None of the sites under consideration in the NT was short-listed when scientific and environmental criteria were used by the federal government’s Bureau of Resource Sciences to assess alternative sites around in Australia for a radioactive waste repository in the 1990s. The NT was selected on purely political grounds, just as NSW was excluded on purely political grounds.

Mr Ferguson should repeal the nomination of the Muckaty site and start from scratch with an inquiry into all the options available for managing Australia’s radioactive waste, including the option of ongoing storage at the Lucas Heights nuclear reactor site – the source of most of the waste and most of Australia’s radioactive waste management expertise. Mr Ferguson’s department, the Lucas Heights nuclear agency ANSTO, the regulator ARPANSA, and the Australian Nuclear Association have all said that waste can continue to be stored at Lucas Heights. 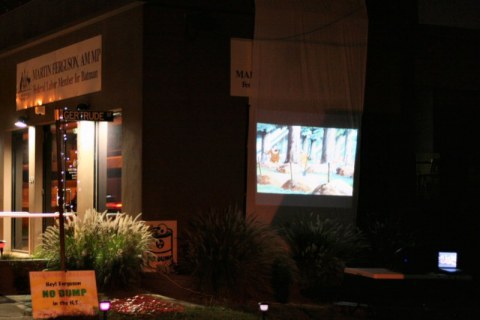 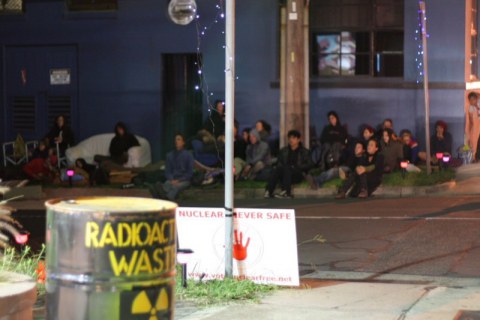 Description Get up, stand up and lets walk together! Your invited to a community event and information session.

The evening is focused on bringing the voices of Muckaty in the Northern Territory to the inner city suburb of Northcote to create awareness around the issues of Radioactive Waste Management in Australia and the sensitivity of the site selection of the nations only proposed Radioactive Waste repository site.

People living in the Darebin electorate have a special connection to this issue and the people of Muckaty, as our local Minister; Martin Ferguson is the Federal Minister for energy, resources and tourism, and has recently proposed a new Bill. The proposed bill, The National Radioactive Waste Management Bill, gives Minister Ferguson huge powers in deciding upon the site for the first Radioactive Waste dump in Australia.

The nomination of Muckaty, as a potential radioactive waste management site was not carried out with the proper consultation required and the site is not even environmentally viable as a suitably safe and secure site.

"All along we have said we don't want this dump on our land but we have been ignored. Martin Ferguson has avoided us and ignored our letters but he knows very well how we feel. He has been arrogant and secretive and he thinks he has gotten away with his plan but in fact he has a big fight on his hands. We won't be letting that dump go ahead on our land because our duty is to look after that special place for future generations and that's exactly what we plan to do."
-- Dianne Stokes, Muckaty Traditional Owner

Come along and show your support to find out more about Minister Ferguson's Toxic plan to dump Radioactive Waste in the Territory.