Protesters gathered today at the Melbourne head office of BHP Billiton "in solidarity with communities around the world affected by BHP's mining activities, and to show dissent to the proposed expansion and proposed open pit at Olympic Dam uranium mine" (FoE Media release).

The rally also marked the release in London of an 'Alternative Annual Report':

Melbourne-based Friends of the Earth campaigner Mia Pepper, who contributed to the international report, said: "The Alternative Annual Report documents a number of recurring problems with BHP's operations around the world - human rights and labour abuses, relocation of communities, mistreatment of Indigenous Peoples, destruction of sacred sites, adverse impacts on food and water, climate change, use of paramilitaries, health concerns, and irresponsible tailings disposal. These problems are evident in Australia, West Papua, Papua New Guinea, the Philippines, South Africa, Canada, Colombia and Chile."

Friends of the Earth's national nuclear campaigner Dr Jim Green said: "For all of BHP Billiton's hollow rhetoric about corporate social responsibility, the company operates the Olympic Dam mine in SA under an outdated Indenture Act which exempts the mine from key environmental and Aboriginal heritage laws.

"BHP Billiton has provided over $2 million to Reconciliation Australia. Yet the company will not relinquish its exemptions from the SA Aboriginal Heritage Act. The company's attitude appears to be 'do as I say not as I do'. It's time for this hypocrisy to end."

Speakers at the rally were Dave Sweeney, Nuclear Free Campainer with the Australian Conservation Foundation, and Duban Velez, a union delegate for workers at the Cerrejon coal mine in Colombia, who spoke in Spanish with an interpreter. (More information: .)

The rally was rounded off with contributions from activist rappers Kasey and Izzy.

Video of the rally, including excerpts from the speeches, will follow shortly (added 31 October: http://www.engagemedia.org/Members/pc/videos/bhp-29oct09.mp4/view). MP3s of the speeches attached to this post (added 30 October).

The 'Alternative Annual Report' can be found at http://tinyurl.com/yjjluqg 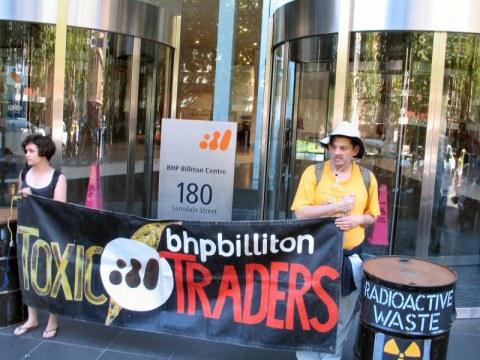 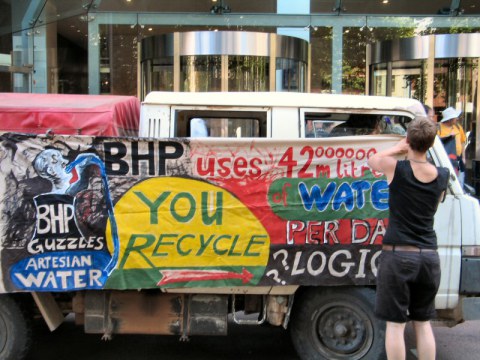 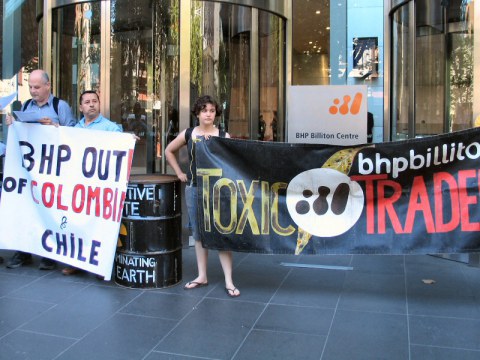 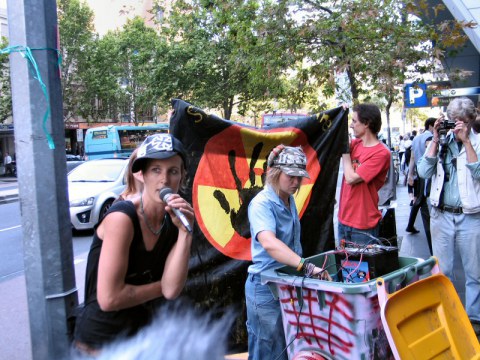 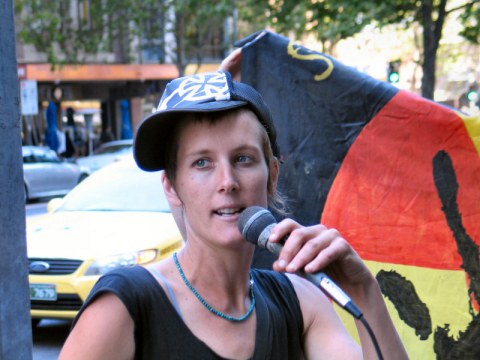 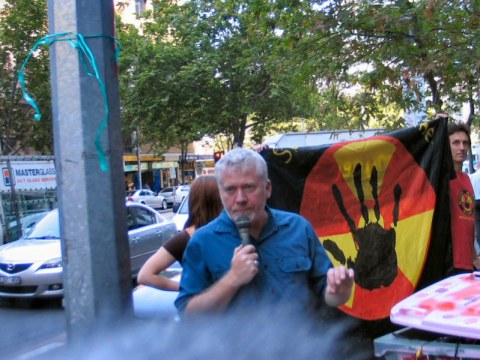