Two campaigns coincided in the rally held on Tuesday in Lygon Street outside Trades Hall - opposition to legislative changes threatening to water down work safety laws in Victoria, and demands for pay equity for women. As VTHC President Kevin Bracken put it at the start of proceedings, "Today is Equal Pay Day, and the reason it's being held today is because on average women have to work 62 days more than men, so 62 days from the start of the financial year is the first of September, that's today, and the women have had a breakfast [here at Trades Hall] and they're wearing red, and they're going to be leading this march, so everyone's got to keep behind them." (Loud cheers)

Speakers at the initial rally included Brian Boyd, VTHC Secretary, who later was part of a delegation that delivered a a protest letter to the Premier's representative at Parliament House; Marg Pekin, AEU health and safety officer, who stressed the importance of the role of OHS reps especially in supporting younger workers in the education field, and above all those on contracts. (There is a report including part of her speech on the AEU website - http://www.aeuvic.asn.au/news/1251784116_11751.html) Bronwen Halfpenny, Campaign Officer at Trades Hall, gave a brief reminder of the 17% pay gap between men and women and repeated the call for women to move to the head of the march, which then made its way through the CBD to chants of "What do we want - Safe Sites", "Health and Safety Laws - Not Good Enough" and more.

At Parliament House the rally was addressed by ACTU Secretary Jeff Lawrence, Martin Kingham of the CFMEU, Ingrid Stitt, Affirmative Action Vice-President at VTHC, and Maitea Medina, widow of Tony Medina, who died last year of mesothelioma at the age of 42. To reinforce the sombre message, rows of shoes were placed on the steps of Parliament House to represent workers killed on the job, and a minute's silence was observed.

Finally, as already mentioned, a delegation delivered a letter of protest to the Sergeant at Arms, representing the Premier.

The accompanying photos roughly follow the timeline of the rally and march, and hopefully the captions are self-explanatory. One that might not be clear, however - as the march set off down Russell Street a school party visiting the old Melbourne Gaol lined up across the street and cheered.

Audio clips to follow shortly. (Added 7 September - some in full, others in part, as low bit-rate Mp3s) 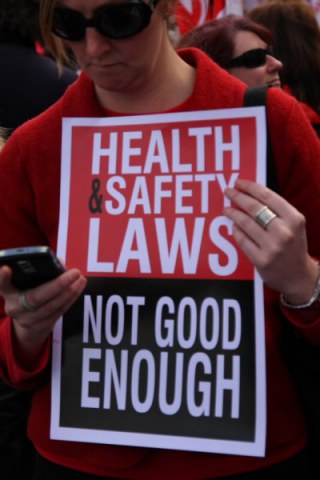 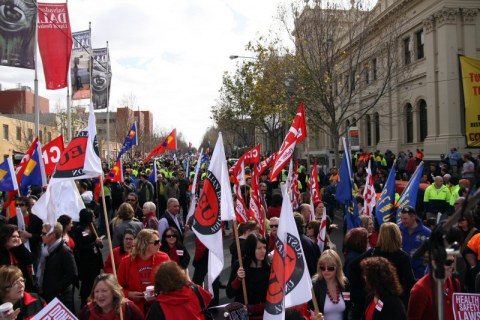 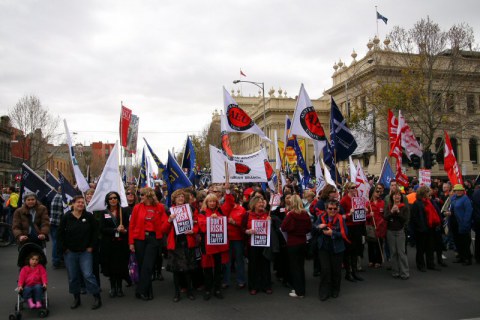 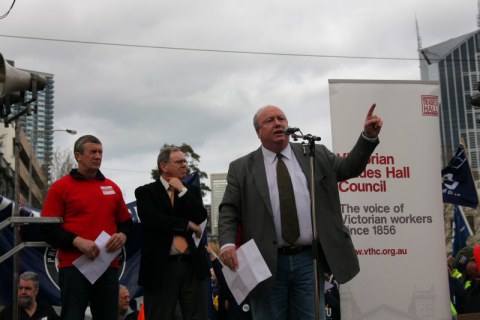 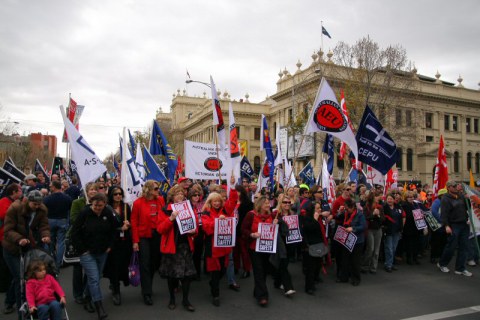 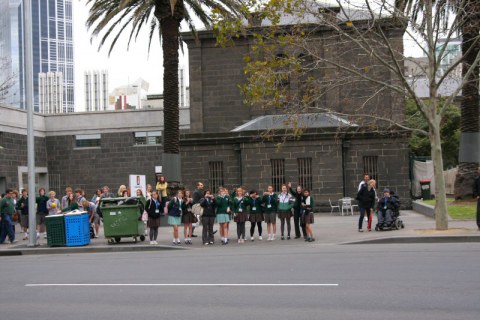 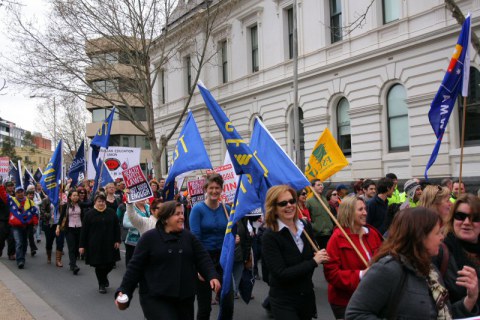 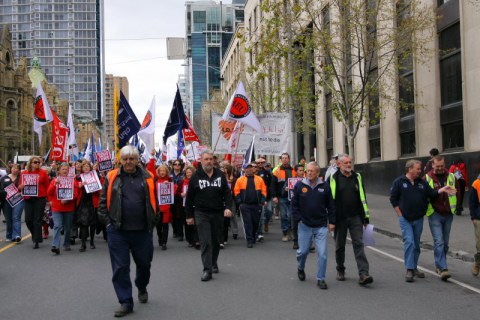 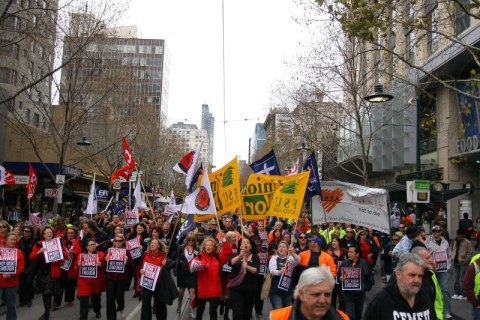 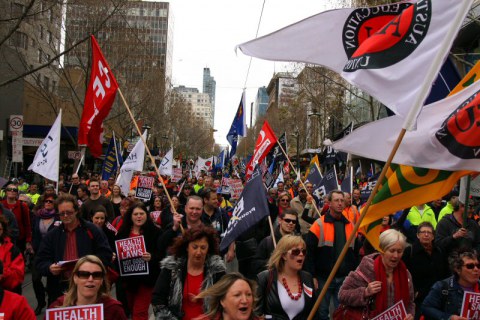 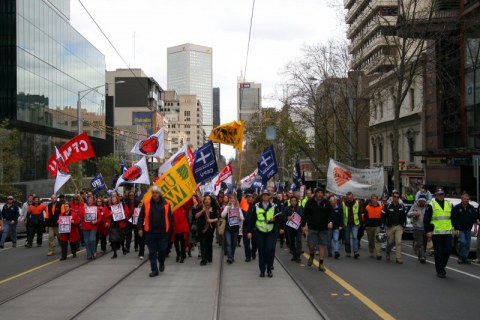