A new direction for renewable energy

Swarms of self replicating robotic machines can use technologies like google earth to travel all over the Australian continent constructing renewable energy infrastructure both on land & at sea.

Alot of work has been done all round the world developing prototype renewable energy technology & most of these prototypes have been tested & put into use, achieving good results in energy outputs. Now is the time to begin to implement RREIC, Robotic Renewable Energy Infrastructure Construction & it will take awhile for the basic systems to be outlined by collectives of renewable energy experts from all round the world. We have seen what can be achieved but actually implementing the technology will require robotic systems.

The following basic outline of renewable energy technology has already put into use & note each of the following can be broken up into many forms of different technology.

Swarms of self replicating robotic machines can use technologies like google earth to travel all over the australian continent constructing Renewable Energy Infrastructure both on land & at sea.

Our first pilot project will be to convert the Australian desert into a solar furnace using swarm robotics.

We estimate that Australia will be able to meet their energy export targets to Asia via a high voltage submarine cable under the sea from North Australia to Asia.

We see nuclear energy being dismantled all over the world & our nuclear resources then being conserved for outerspace colonization research.

We see the growth of renewable energy all over the world using robotic construction methods. 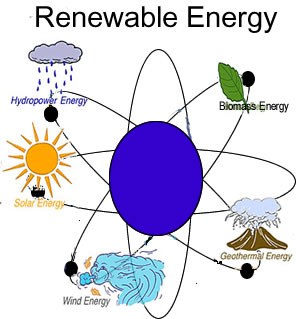 Re: A new direction for renewable energy

The modern way of life depends on the world adopting to construct renewable energy infrastructure both on land & at sea. Eventually their should be a world or planetary electric grid with electric cables running under the ocean between all of the continents on planet earth.

If the world does not embark on the construction of renewable energy infrastructure, every body must then forget about our modern way of life & go back to rural feudalism with horse & cart.

The future is in your hands.