In the early hours of February 14, various anti-police slogans were sprayed across dozens of fences, walls, billboards and bus stops throughout Woolloomooloo, Redfern, Chippendale, Camperdown, Darlington and Newtown.

Later that morning hundreds gathered at the fence line were TJ Hickey was chased to his death by police 10 years ago. For hours his family and supporters marched through the streets of Sydney to Parliament House, chanting against the uniformed murderers of the state, with demonstrators carrying banners such as “JUSTICE FOR TJ” “ABORIGINAL CONTROL OF ABORIGINAL AFFAIRS” “AVENGE TJ BURN DA COPSHOPS” “ACAB” “COPS PIGS MURDERERS” and “FUCK THE POLICE”

Throughout the rally, police made attempts to confiscate banners they considered "offensive" but were repelled by the crowd. Near Central station one pig was knocked off his bicycle after shoving a protester for stepping outside "the allocated area". Police responded by detaining one young man but were forced to release him after being surrounded by the demonstrators. At the end of the rally pigs made another attempted to make arrests, snatching three people they accused of "carrying an offensive sign" but again had to free them when the crowd cornered the pigs.

In response to the police attacks on the protest and their media statements afterwards, (where they threatened to ban next years march and track down and charge "4 – 5 troublemakers") 10 CCTV cameras mounted on businesses were immobilised in Rockdale, Kogarah and Brighton Le Sands, using spray paint and hammers. Ten cameras were targeted for each year TJ’s family have been refused the simple request of a plaque to honour his death.

Following the Redfern uprising in 2004 and the Macquarie field riots the following year, the NSW police initiated a major restructuring of their organisation. Utilising recent counter insurgency techniques they have followed a twofold path of ‘community policing’ and militarisation, with the formation of the riot squad and various anti-terror units, along with the introduction of police ‘volunteers’ (‘ViP’s), the new ‘iWatch’ snitching programs, as well as various police ‘outreach’ initiatives aimed at indigenous and other marginalised youth (which attempt to teach them to see police as their friends, friends who could beat and imprison them at any moment).

These ‘community’ programs must be disrupted and exposed for what they really are, PR exercises to distract from and justify the daily violence their organisation metes out to the most underprivileged in the society. Our enemy is not simply the riot cop, but also, and especially the friendly ‘liaison officers’.

This process has been particularly prevalent in Redfern and Woolloomooloo to carry out a brutal gentrification process which has largely forced the large indigenous community out of the area with the help of Aboriginal collaborators such as Mick Mundine (who on Feb 14 gave a joint press conference with police to condemn those who marched for TJ).

CCTV cameras are a major component of gentrification and the continued colonisation of this territory. Over the past 10 years they have rapidly spread across Sydney and metropolitan areas in the country. The cameras are utilised to monitor, profile, criminalise and exclude those deemed unwelcome to certain areas, such as teenagers and the homeless. They represent the total commodification and control of our daily lives. If one has any interest in living a life free from constant surveillance, there is no point in lobbying business and the state to remove them, the only realistic response is to destroy them.

Any hope for a less totalitarian future lies in our ability to collectively liberate areas of police control and build toward moments of rupture like in Redfern 10 years ago. When these social explosions occur, we must be prepared to support, strengthen and spread them across the society.

Even when there is no visible social conflict, attacks against state order challenge the police narrative of social peace, they can be a signal of hope to those who have resigned themselves to defeat and show others that the state is not invincible. It is only by finding complicities and learning to act now that we will be able to effectively fight back in times of social crises.

Despite the police that fill our streets, their surveillance cameras and their snitches, its easy to attack and targets are everywhere. 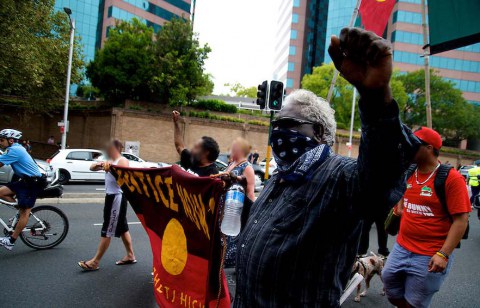 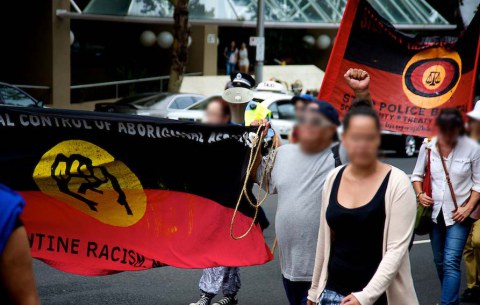 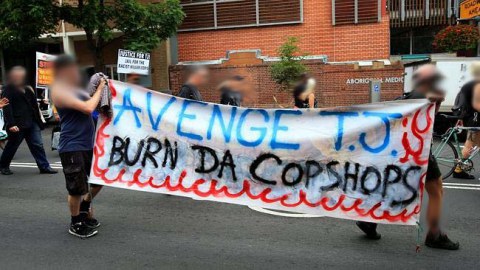 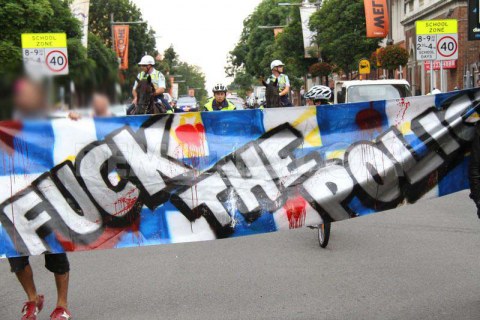 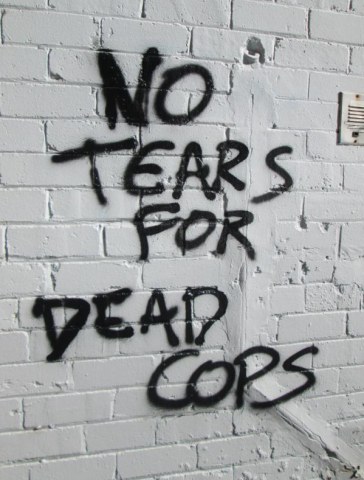 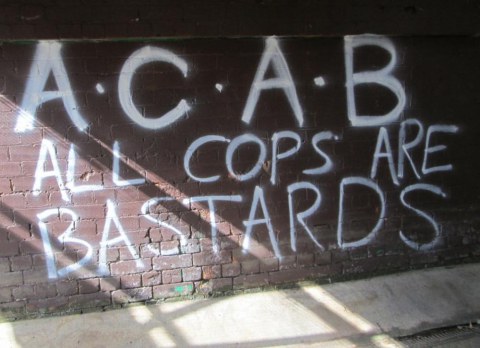 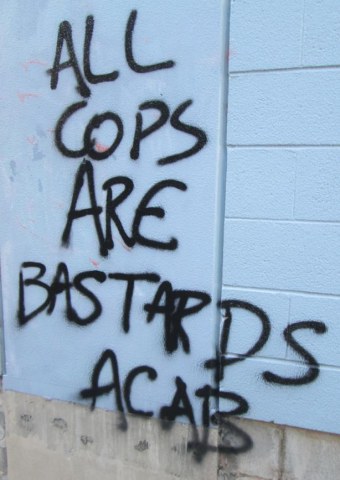