Some actions against 'Australia day'

On the 26th of January, the 226th year since the British Naval fleet of Arthur Philip landed on this territory, we made some modest actions to counter the colonial narrative of 'Australia'. 4 banners denouncing the nationalist holiday were hung from highway bridges in Broadway, Stanmore, Kogarah and Sutherland reading:

NO PRIDE IN GENOCIDE

Later that day we gathered in Newtown and occupied the square by the Martin Luther King Mural for 5 hours and tied a large banner reading ‘WHITE ‘STRAYA, BLACK HISTORY’. During that time we handed out hundreds of anti-colonial fliers, blasted indigenous and anti nationalist rap music, and projected a number of first nations documentaries, including ‘First Fleet Back’, ‘BabaKiueria’ and ‘Utopia’.

While these small actions did not prevent nationalists across the continent basking in the pride of British conquest and occupation, these were only some of many actions and demonstrations which challenged the official state propaganda.

We were pleased to see a large increase this year in the amount of anti colonial stickers, posters and slogans pasted and sprayed across various suburbs of Sydney. We were particularly impressed by news reports of ‘Anti Australia day’ graffiti painted over various structures along 8km of the Botany Bay coastline, while Captain Cooks cottage in Melbourne was reportedly vandalised the same night (the third time it was attacked within 12 months).

We deride any suggestion that the date of this nationalist carnival be changed to a more ‘appropriate’ date. We oppose any celebration of this state and its colonial history, whether it is moved to ‘Federation day’ or some imagined ‘Republic day’.

The struggle against Australian nationalism transcends any single day. Actions against the government, the media and their promotion of patriotism and obedience should not be reduced to annual rituals but must become a continual activity. 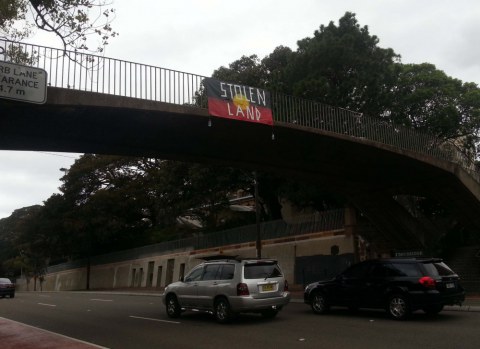 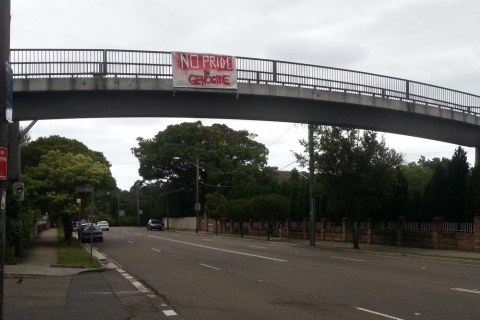 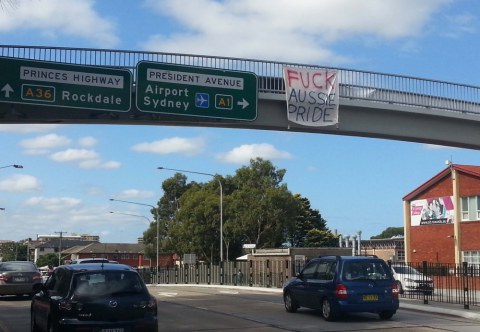 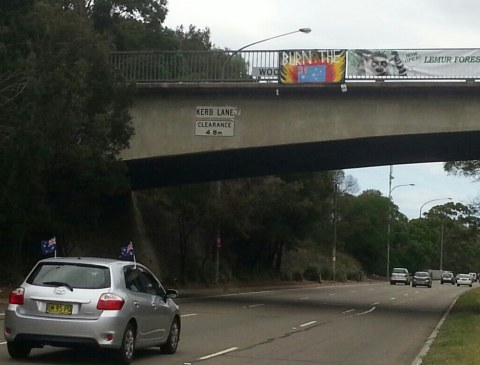 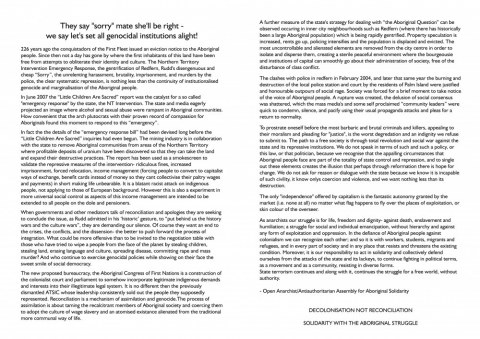 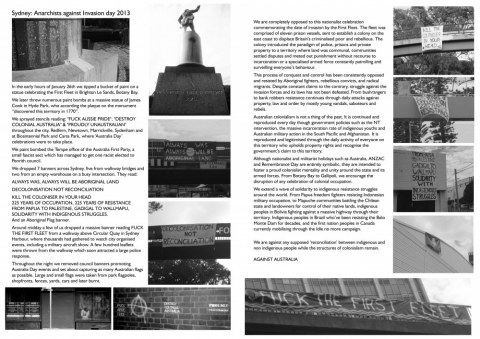 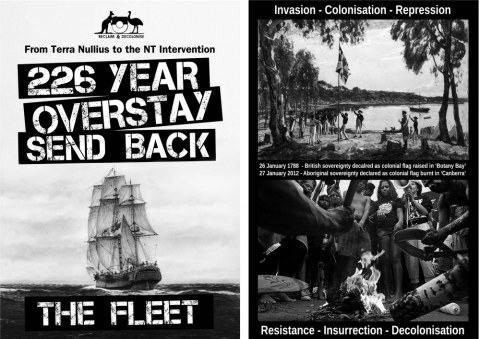 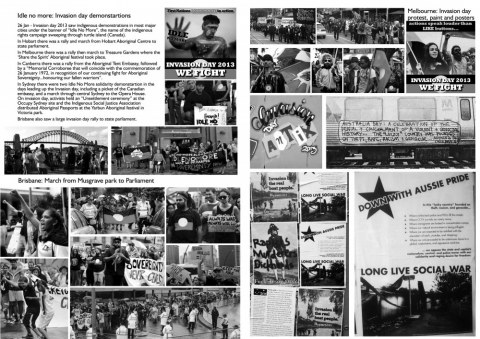 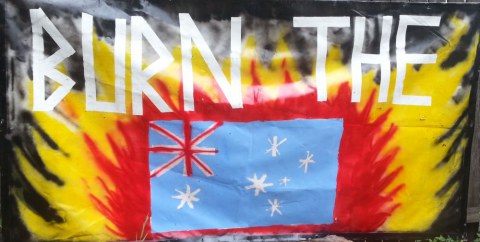 Re: Some actions against 'Australia day'