Australia: The Empty Chair at the Climate Change talks in Warsaw

Yesterday, I stood in the queues for COP registration, fumbling around in my bag for my passports. My phone was beeping with notifications from Twitter about the typhoon in the Philippines. At that time, there were reports of over 10,000 dead — a terrifying number — which has since been confirmed. Reaching the desk, I paused to decide on which passport to hand over. British. After all, who wants to hail from a country that won’t even send government ministers to attend the negotiations?

Australia is used to bad press – we might even like it. We’ve been slammed for our position on asylum seekers, questioned for our participation in the war on terror and, for the past decade, we’ve been criticised for our inaction on climate change. Australia is the largest emitter of CO2 per capita in the world. Even so, it seems that no amount of international disapproval will halt the government’s intention to repeal the carbon price. Environment Minister Greg Hunt is set to table the legislation in the next week. Meanwhile, global carbon emissions continue to reach new highs, setting us up for at least two degrees of warming in the next century.

Beyond the warnings from the scientific community, Australia is doing an excellent job of presenting its commitment to climate action in the worst possible light. ALP member Mark Butler, speaking to Guardian Australia, explained how, by not attending the climate talks in Warsaw, the Coalition was perceived as “an embarrassment on the world stage.” He added that the real reason they weren’t attending was that “Tony Abbott doesn’t accept that climate change is real.” This was supported by comments made by former PM John Howard to journalists in London last week, during which he said that he has “always been agnostic about [climate change]” and that “some of the claims are exaggerated”.

Australia’s inflexible stance has not gone unnoticed by the international community, attracting less than favourable comments from non-government agencies, climate experts and environmental groups. John Connor, CEO of the Climate Institute, was unimpressed by the absence of a government minister, arguing it sent a “very unusual signal” to the international community, and adding that he had “hoped at least a parliamentary secretary would attend”. Former UN climate chief Yvo de Boer labeled the decision not to attend as “puzzling”, while UK diplomat John Ashton concluded that Australia “would rather stick to a business as usual approach rather than building a low-carbon growth model compatible with two degrees of warming”.

This isn’t just bad press. The refusal to step up to the plate will be remembered by countries around the world. Our absence of leadership, coupled with our unwillingness to listen to the struggles of the outside world, will continue to create holes in the fabric of progress in halting climate change. 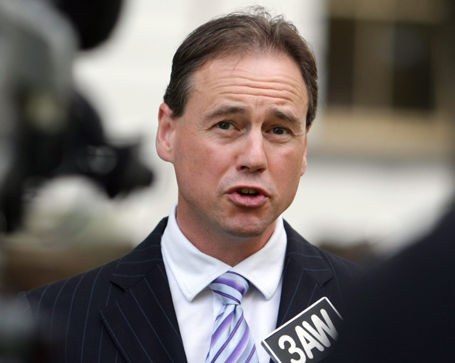