On Friday the 22 of March, Brazilian riot police evicted dozens of indigenous squatters from an abandoned museum in the centre of Rio. For over a decade indigenous people from across the territory had occupied the large building and the surrounding area, renaming it the ‘Macanara Village’ as it sits besides the large Maracana football stadium.

As a minimal token of our solidarity and complicity with those who defended the village, some anarchists in Sydney entered a large office building on Clarence St (which houses the Brazilian consulate) on Tuesday March 26 and dropped a banner from a balcony on the second level which read:

For over a decade indigenous people have been living in the Maricana Village and used it as a safe place to stay when they came to Rio to pursue an education, sell crafts in the streets or get medical treatment. Tukano, who is from a village deep in the Amazon said that indigenous people "would come here without money, without knowing anyone, and sleep here… We made this our space."

The streets around the stadium are now undergoing a rapid and brutal gentrification process, to make the area a shopping and sports entertainment hub, complete with large parking lots. A favela where hundreds of poor locals lived has already been demolished to make way for new developments around the stadium.

The governor of Rio de Janeiro, Sergio Cabral, told a news conference in October that the building's razing is necessary for hosting the World Cup.
'The Indian Museum near the Maracana will be demolished...It's being demanded by FIFA and the World Cup Organizing Committee. Long live democracy, but the building has no historical value. We're going to tear it down."

From the massacre of rebellious students by Mexican soldiers before the 1968 games, to the mass eviction of street vendors and the poor in Durban 2010 (also requested by FIFA), everywhere the Olympics or World Cup passes, the local government paves their way with repression and gentrification. Always and everywhere, these international sporting spectacles are used by business and political elites as a celebration of unifying nationalism; rallying ‘the people’ around the national flag, the state, and the corporate sponsors. The ‘sport heroes’ whose images we are told to idolise can often be seen parading with politicians and selling us everything from toothpaste to health insurance. We reject and detest these choreographed carnivals of capital, constructed to hide the brutal reality behind these sporting ‘celebrations’.

In Sydney also, behind the triumphant jingoistic facade of the 2000 Olympics and the state funded ad campaigns, large squatted social centres were evicted, homeless people were expelled from the city centre, police were granted new ‘move-on’ powers, and rent prices rapidly increased. These events are not accidents or coincidences, but are coordinated policies of neoliberal restructuring which are reproduced (with different degrees of intensity) in the lead up to every cup or games.

In response to the daily onslaught of capital, we must organise towards mass, communal land occupations that can liberate territory from the forces of speculation and state order.

FOR THE DEFENCE OF LIBERATED TERRITORY

AGAINST FIFA AND ITS WORLD 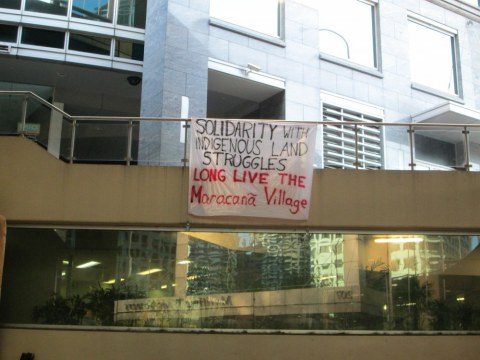 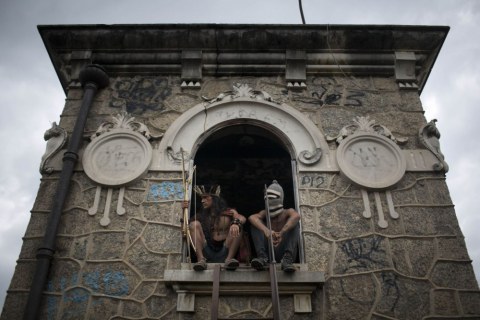 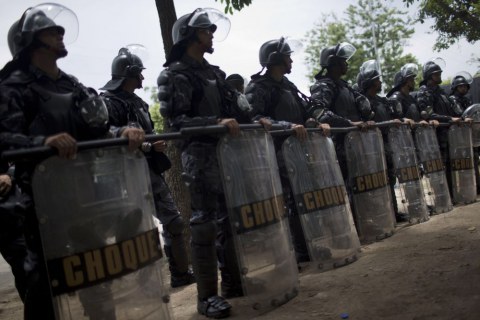 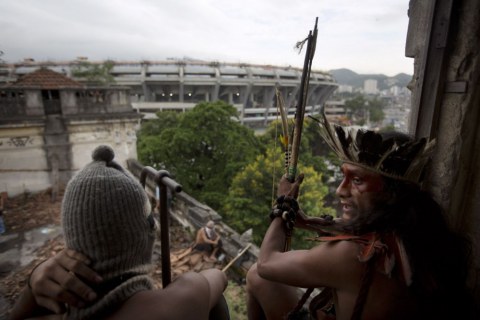 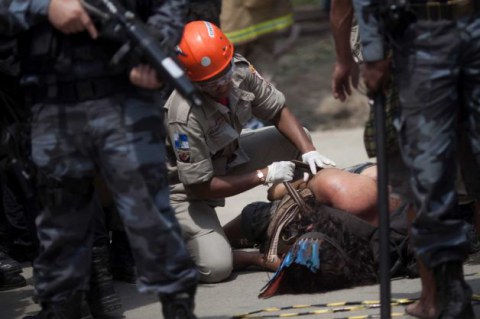 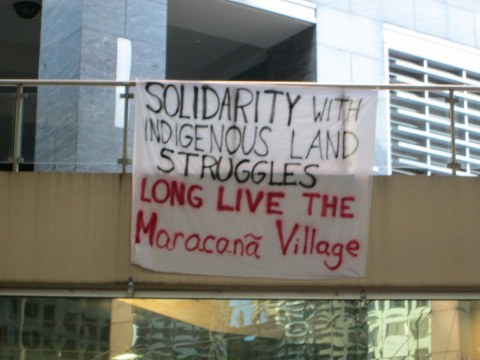