The Carbon Price at work. Mackay Sugar has officially brought online its new biomass cogeneration power station which has received funding from the Queensland Government and the Federal Government's Clean Technology Investment Program funded by the Carbon Tax. The plant is expected to produce about 38 megawatts of power: 11 megawatts to supply the Racecourse sugar mill and refinery and another 27 megawatts into the State Electricity grid, enough to supply about a third of Mackay's electricity requirements.

Using bargasse, a biomass waste product from sugar cane refining, the new Racecourse Cogeneration Plant will produce enough power for the companies operations plus 30% of the residential power requirements of the town of Mackay, displacing power from coal fired power stations.

Ergon Energy has signed a power purchase agreement with Mackay Sugar and has constructed a a 5.4km high voltage interconnector to the grid.

"Mackay Sugar has today demonstrated that it is possible to make sensible investments in cleaner technologies which not only benefit the environment, but also improve the bottom line and productivity of businesses operating in the modern Australian economy," Mrs D’Ath said.

The Queensland Government, through the Queensland Office of Clean Energy, announced $9 million in funding in February 2010 when Mackay Sugar issued the contracts for the development.

The company received grant funding of $9.1 million in August 2012 from the Gillard Government's Clean Technology Food and Foundries Investment Program for a major upgrade of a steam boiler at Mackay Sugar’s Marian Mill and for the construction of bagasse handling facilities at the Racecourse Mill to improve the supply, transport and storage of surplus bagasse to fuel the newly constructed steam turbine.

Although launched today, the plant has been providing power since November 2012 in a commissioning phase. Mackay Sugar Chief Executive Officer Quinton Hildebrand said in a November 2012 media release (PDF) the ‘switch-on’ of green energy from the plant marked a momentous milestone for Mackay Sugar. "This is the first large-scale cogeneration facility for Mackay, so today’s ‘switch-on’ of green energy is something all stakeholders can be proud of achieving."

The plant is an accredited renewable energy power station under the Renewable Energy Target (RET) scheme and will create Large-scale Generation Certificates based on the amount of renewable electricity it produces. The Mackay Sugar energy efficiency improvements will reduce the company’s overall carbon pollution by 71 per cent.

"This is just one example of what the Gillard Government is doing to help businesses across the country to invest in new technology and generate less pollution and become more efficient. This also demonstrates that the Government’s plan for a Clean Energy Future is already working to cut pollution, and drive investment in clean energy sources," said Mrs D’Ath.

Mackay Sugar is Australia's second largest sugar milling company with an annual turnover of over $300 million. The company is also researching and using other biomass byproducts like molasses as supplementary stockfeeds, feedstock for biofuels, and investigating the feasibility of producing aviation biofuel.

Despite the messy politics with carbon pricing that continues with Tony Abbott's oath in blood to windback Labor's Carbon tax and carbon pricing scheme, there are many signs that the business community, such as Mackay Sugar, are already acting to reduce carbon emissions and implementing energy efficiencies in production. Paul Gilding, a respected business consultant on sustainability and environmental issues believes Victory is at Hand for the Climate Movement, as increasing economic and business efforts are being made to mitigate climate change, as the economic cost of the impact from extreme weather events and sea level rise continues to rise. 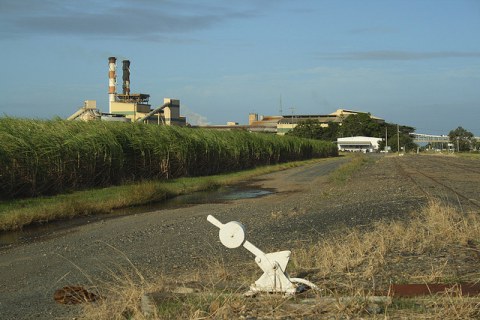