The Adelaide headquartered mining and energy company Santos has withdrawn proposals for development of the Pilliga gas field near Narrabri in north western New South Wales.

Santos took over Eastern Star Gas' assets in the Pilliga Forest in 2011 with the intention of developing 550 duel coal seam gas wells and associated infrastructure. They were vigorously opposed by the local community and activist groups including the Wilderness Society. Conservationists have welcomed the withdrawal but are aware that further proposals may be submitted in future.

The development proposals were withdrawn after a private meeting between Santos and the Federal Government last Friday. All proposed development including the gas field, power plant and major gas pipeline applications, have now been withdrawn.

"Santos couldn't avoid public scrutiny of its dealings with the Federal Government and must have realised they couldn't get away with weaseling out of koala protection laws," said Wilderness Society Newcastle Campaign Manager Naomi Hogan.

A Wilderness Society report from November 2012 found that the koala population in the Pilliga is already under threat as a survey last year matched previous findings of a severe decline of koala's in the area. A Gas field in the area would likely hasten local extinction.

"Any further Santos development applications will be subjected to the new koala protection laws, laws that unfortunately were not enacted soon enough to protect the Leard forest koalas from the devastating open cut coal mines approved by Minister Burke yesterday." she said.

The Pilliga Forest has been described by a Wilderness Society as being a 'Noah's Ark' for threatened species. Ecologist David Milledge, lead author of a report released by the Wilderness Society in November 2012 - National Significance - The Ecological Values of Pilliga East Forest and the threats posed by Coal Seam Gas Mining 2011-2012 - recorded 176 different species of vertebrate wildlife and 22 threatened species and communities during a five-day survey of the forest. Threatened species include the Pilliga Mouse, South-eastern Long-eared Bat, the endangered Black-striped Wallaby and vulnerable Pale-headed Snake, and Eastern Pygmy-possum.

The Pilliga Forest is the largest remaining unfragmented block of temperate dry forest and woodland in eastern Australia. Due to the number of threatened species and the size of the forest, the report recommended that "consideration of nomination of the Pilliga Forest for World Heritage listing, or listing on the Register of the National Estate."

Last year the Wilderness Society applied to the NSW Department of Trade and Investment under Freedom of Information for a restricted set of documents relating to CSG exploration in the area. Santos objected to the release of 34 of the 41 documents.

"This withdrawal provides the final proof that previous plans for NSW's largest coal seam gas field and pipeline development across the Pilliga Forest and the Liverpool Plains was completely reckless." said Ms Hogan.

"Finally, the old Eastern Star Gas application for a staggering 1100 wells across the Pilliga Forest is off the books for good, a win for all the community and environmental groups who have worked so hard to bring to light the staggering impacts of coal seam gas mining across the region. With this win under our belt, we will continue our work to ensure Santos self refer all their major upcoming exploration activities and pilot production to the Federal Government and the Independent Expert Scientific Committee."

During the pilot development of gas wells by Eastern Star Gas, several accidents were documented including a 10,000 litre spill of waste water that polluted 1.2 hectares of the forest.

"The string of spills, investigations, fines, water pollution and clearings that have already occurred in the forest should encourage the Federal Government not wait until full blown gas production to oversee the impacts of national environmental significance from Santos gas mining activities." said Ms Hogan.

Activists took their campaign to Adelaide and the Tour Down Under in January to Santos headquarters, where they said 'On Ya Bike' over CSG in the Pilliga. Santos is a major corporate sponsor of the Tour Down Under. The Koala peleton and the activities of The Pilliga Mouse (@ThePilligaMouse) drew some embarrassing attention on Santos CSG activities.

"Santos must now be realising that if they do not engage in the highest levels of due process, they will only encourage a much more focused and determined public backlash." concluded Ms Hogan from the Wilderness Society.

There has been no public statement to date released by Santos or the Federal Government on the withdrawal of the coal seam gas field development proposal. 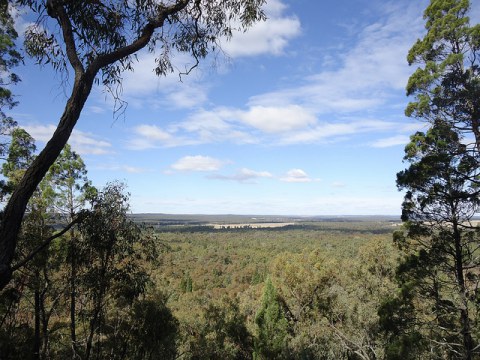