While firefighters were battling over 137 fires across NSW, over 40 uncontrolled, and with a total fire ban in place on Tuesday and Wednesday in record temperatures, Santos Gas at it's Pillaga CSG processing plant were able to vent and burn gas as usual in the middle of a tinder dry forest. Local residents have complained about this exemption saying it poses an unacceptable fire risk for the local community and for the Pilliga forest.

Residents claim there have been two recent fires near Santos gas fields in the Pilliga forest and are concerned that a fire outbreak during extreme conditions could be disastarous for the district.

"There's a total fire ban in place across the region and a severe fire danger rating right across the Northwest, yet gas company Santos are in the Pilliga, with full rights by our government to carry on business as usual, despite the fire risks," said local farmer Tony Pickard.

Santos Gas is able to invoke a Total Fire Ban Exemption Under regulation Schedule 15 of the Rural Fires Act 1997, as published in the Government Gazette. There is a particular regulation called 'SCHEDULE 15 - Exhaust Stacks for Gas Exploration, Collection, Drainage, Refining Facilities, Oil Refineries and Steel Works' which allows Santos to continue to operate no matter the fireweather conditions.

This regulation states that: "Fire lit, maintained or used to dispose of gaseous exhaust emissions through a chimney in connection with the exploration, collection, drainage, refining, manufacture or purification of
gas, oil or metal provided that: the fire is lit and maintained in a manner which will prevent the escape of fire, sparks or incandescent or burning materials from the site of the exploration, collection, drainage, refining or manufacturing facility."

The problem with the regulation is that the risk is self-managed by Santos. Residents believe that Santos lacks the fire fighting resources and skills to combat any major outbreak caused by venting gas at their main base in the Pilliga forest, the Bibblewindi water treatment plant. During fire weather the local Rural Fire Service may be overstretched and unable to attend early enough to control any blaze that started from the facility.

"Santos really has no fire fighting capability within their forest base at the Bibblewindi water treatment plant where their gas flare is located." said Tony Pickard.

"On a day like today with high temperatures and winds, the local fire service would have great difficulty attending and controlling a fire in the Pilliga State Forest gasfield." said Mr Pickard.

The Pilliga forest covers some 3000 square kilometers of semi-arid woodland environment and includes five rare and threatened species and many species endemic to the Pilliga landscape ecosystem.

Occasional fire plays an essential role in helping plants to propagate and regenerate. The fires that do occur can be extremely large and intense, spread very quickly and threaten nearby properties as well as laying waste to entire ecosystems. The NSW Environment Department says that "Pilliga scrub could be described as 'big fire country'".

Last December a lightning strike 73km south of Narrabri started a fire in the Pilliga. According to an ABC report the fire developed extremely quickly, from a small fire to one covering 100 hectares within an hour, and more than doubling in size to 220 hectares after two hours.

Wilderness Society Newcastle Campaign Manager Naomi Hogan said "The Pilliga forest is an extremely fire prone area and it is very concerning that coal seam gas venting and flaring is exempt from the precautions of a total fire ban,"

Ms Hogan called the exemption granted to Coal Seam Gas operators like Santos as reckless and said that NSW Emergency Services Minister Michael Gallacher needed to explain why the company should receive a Total Fire Ban exemption under the Rural Fires Act.

"The recent and rapid spread of coal seam gas across NSW means this Rural Fires Act must be reviewed and updated to minimize risks when severe fire warnings are in place." Ms Hogan said. "NSW needs a complete overhaul of this outdated Rural Fires Act to properly consider coal seam gas activities and any associated bushfire risks," she said.

"What is Michael Gallacher, our NSW Minister for Police and Emergency Services, doing to protect residents of NSW from coal seam gas flaring and methane gas during total fire bans?"

"Why is the safely of NSW residents being placed at risk by allowing gas exploration, flaring and venting on total fire ban days?"

In 2011 the The Northern Inland Council for the Environment made a submission to the State Government's inquiry into CSG warning of the dramatically increased fire risk that CSG processing would bring to the Pilliga.

Spokeperson for the group Carmel Flint said, according to an ABC report that "In areas like the Pilliga where there's a proposal for a large gas field, fires burn very quickly and very fast through that area," she said. "We think that introducing a highly flammable gas in the form of methane, and a lot more ignition sources, such as trucks and vehicles into that environment, massively increases the fire risk."

She accused governments of paying little attention to the level of fire risk being posed.

"We know that methane's a flammable gas, we know that a lot of our environments are very prone to fire and that introducing gas into flammable environments is very dangerous, especially in areas where we have hot fires that travel very quickly," Ms Flint told the ABC, "So there's a really serious threat, we believe, to human safety." 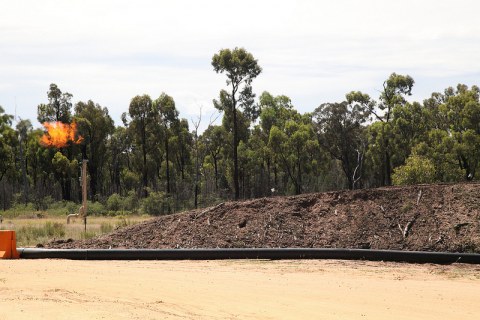 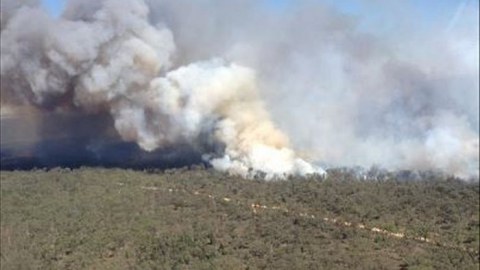