In the weeks preceding the NSW council elections, some anarchists and anti authoritarians in Sydney mounted a campaign against the coerced ritual of voting.

A couple thousand posters and stickers were pasted on walls, bins, electricity boxes, telephone booths, and bus shelters mostly throughout the electorates of Ashfield, Leichardt, Marrickville, Rockdale, Hurstville and Sydney city.
Low lying politician signs from every party were torn down, numerous high ones were hit with paint bombs and at least 20 anti voting slogans were sprayed across walls, mostly throughout the inner west.

In the days before the election a number of pre-poll party tables of various parties were raided of all available propaganda. While we focused on Labor, Liberals and Greens we also targeted the propaganda of various independents and small nationalist and Stalinist sects such as the APP and the Socialist Alliance.

Before sunlight on Saturday the 8th, a number of polling booths were targeted in Leichardt, Marrickville and Rockdale with polling booth banners taken and the areas covered in paintbombs and anti voting counter info. A banner was also dropped from the Hathem St bridge over Parramatta Rd in Lewisham, reading "VOTE FOR NOBODY".

Once the polls opened, some of us chose to hand out leaflets encouraging self-organisation and informal voting at a couple different poll booths in Kogarah and Hurstville while others raided party tables of all available propaganda.

Though many of us risked the fines by refusing our citizens duty, some of us chose to vote informal, filling the ballots with anti politician messages for the vote counters, while also scrawling anarchist and anti-voting slogans across the walls inside the booths.

As polls closed at 6pm some anarchists gathered in an abandoned lot in Ashfeild, piled our political booty and made a bonfire of party propaganda while planning ongoing resistance to any public officials, their laws and the pigs who enforce them.

We will not accept the authority or mandate of any politician, we will not petition or lobby these scumbags for scraps or concessions. We seek the complete liberation of our mutual desires, the destruction of all hierarchy and the establishment of libertarian communes in harmony with the native environment. These options are not available on any ballot paper and we encourage widespread disruption and sabotage of these enforced spectacles of 'democracy'.

Any hope for a better world must stem from the self organised initiatives of marginalised communities acting outside the paradigm of councils or parliaments. By occupying territory, communising property, and rejecting the lies of police protection and political representation we can take back our lives from bosses and bureaucrats.

AGAINST POLICE, PRISONS & POLITICIANS
FOR TOTAL LIBERATION
FOR ANARCHY 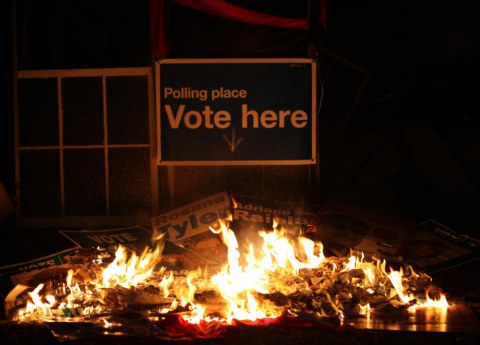 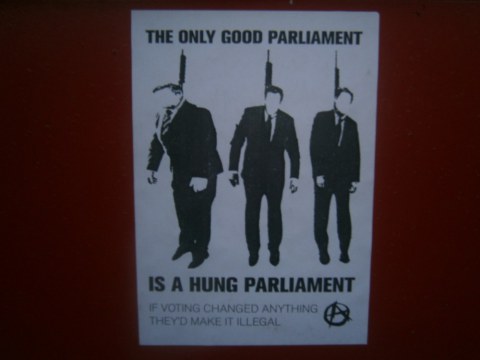 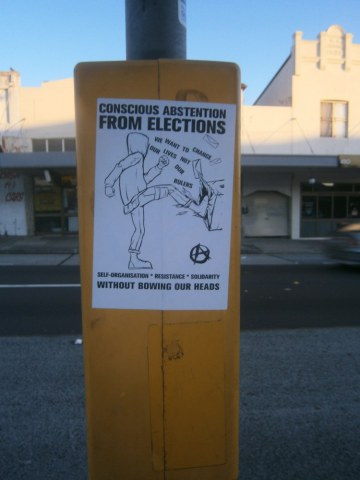 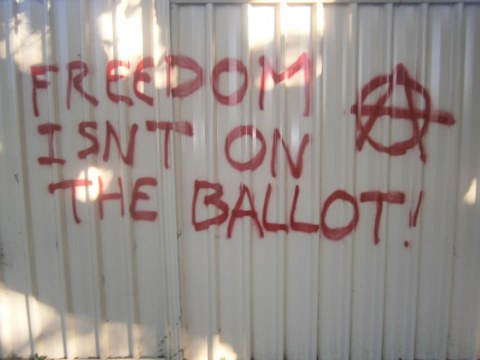 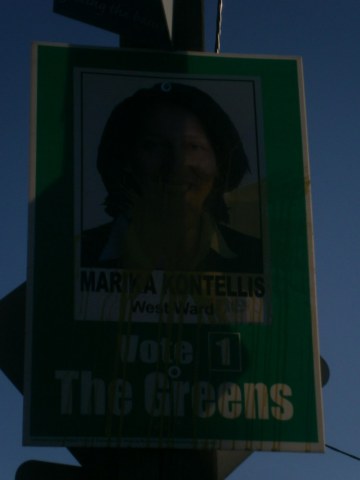 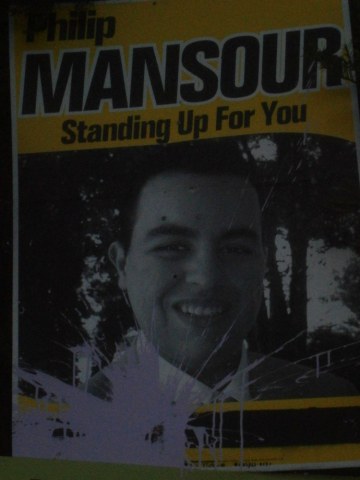 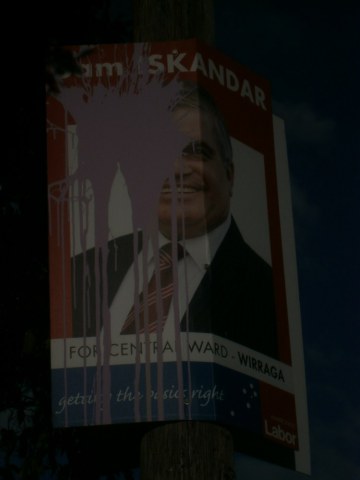 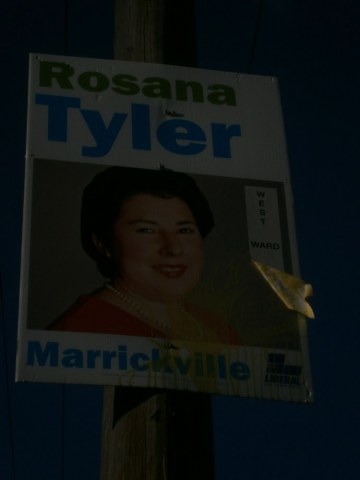 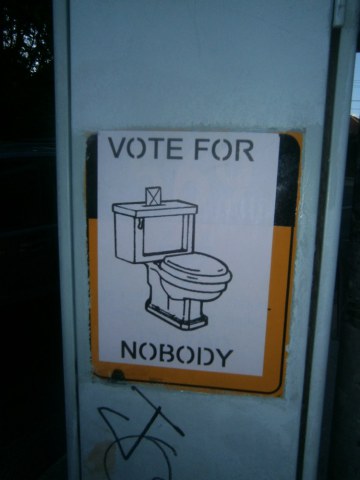 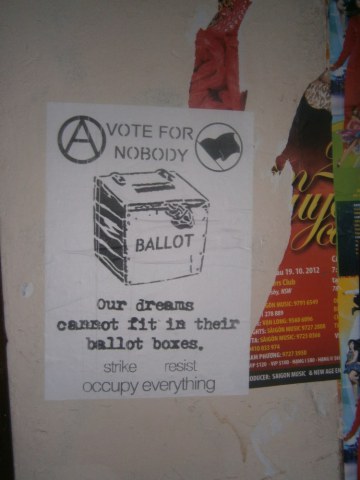 And a non-independant who always claims she's independant got in, again, clover with a lower case c.
Shame, shame.