by Catherine Mpofu On Thursday May 10th thousands of men, women and children from the peaceful, deeply spiritual and ancient race of Hazaras; a minority of Afghanistan, gathered from across Australia in our nation’s capital to have their voices heard.

They gathered to protest against the systematic and ever increasing genocide that is being committed against them particularly in Quetta Pakistan and also in Afghanistan. More than 700 hundred Hazaras have been killed for past several years in Quetta. Many of their influential individuals such as politicians, sportspersons, writers, doctors and social activists have been brutally targeted and murdered. Canberra’s protest joins the rolling worldwide protests by Hazaras in all major cities in the last month including London, Stockholm and Hamburg. http://www.hazarapeople.com/

A high proportion of today’s asylum seekers arriving in Australia are Hazaras desperate to escape war and the daily targeted killings against their community. The tragedy of the war in Afghanistan is doubled for Hazaras.

Having had to flee their homeland of Afghanistan since 1890s and more recently the mid 1990’s, to escape war and religious persecution, the Hazara are now refugees scattered across the globe. But many were and are only able to escape to neighbouring Pakistan. However once there they face a new terror.

The city of Quetta in Pakistan is now referred to as a headquarters for the Taliban and where many Hazara now try to live. http://www.spiegel.de/international/spiegel/0,1518,450605,00.html

The Hazara stand out in Quetta as different. They are ethnically different and they are Shia Muslim in a dominantly Sunni Muslim Pakistan. This difference has made them the target for Pakistani government condoned death squads and killings are taking place on a daily basis. Innocent Hazara are being murdered in their homes, workplaces and in the streets with so far not one of the perpetrators being brought to justice. The Pakistani government is reluctant to take any action to improve the situation in Quetta because the terrorism organization who openly accepts the responsibility for Hazara killings are vital for Pakistan survival.

When the Pakistani Chief Minister of Balochistan who is responsible for domestic security in the area was asked to take action against the Hazara killings he responded sarcastically by saying he would ‘send them a truckload of tissues for their tears.’ http://en.wikipedia.org/wiki/Persecution_of_Hazara_people_in_Quetta
So far the Hazara have maintained a non-violent yet determined protest against this systematic genocide but how long must they suffer? For some Valentine’s Day is a day of love and fun but for Hazaras it is remembered as the Massacre of Afshar in 1993 when more than 1000 Hazara were killed near to Kabul. Mass rape also occurred and extreme torture. http://www.hazara.net/persecution/afshar.html

Through these recent protests they are asking the world community to act and take notice. No more genocide, no more murder. No more Pakistani government, UN and world community turning a blind eye or a deaf ear. Human Rights Watch and the Afghanistan Justice Project are attempting to keep a record of the atrocities and bring justice but they need further support. As does the Hazara community in Australia.

Lest We Forget.
Catherine Mpofu in support of the Hazara community.
catmpofu@gmail.com 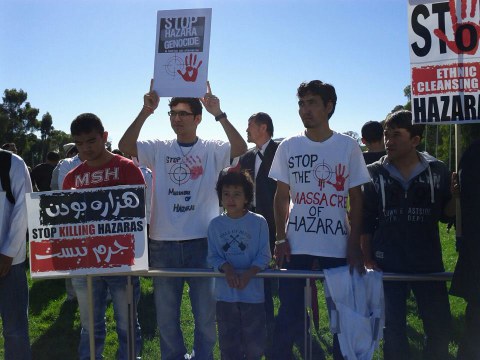 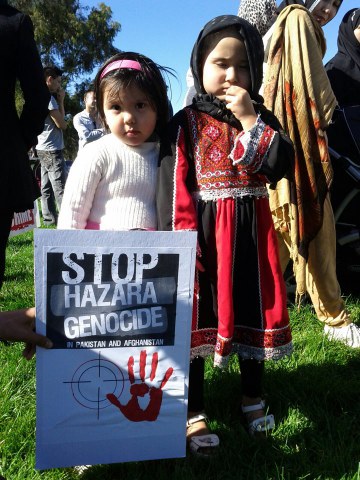 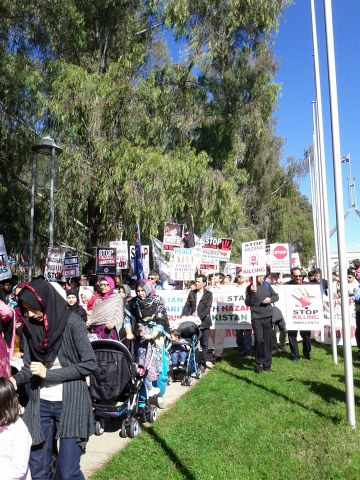 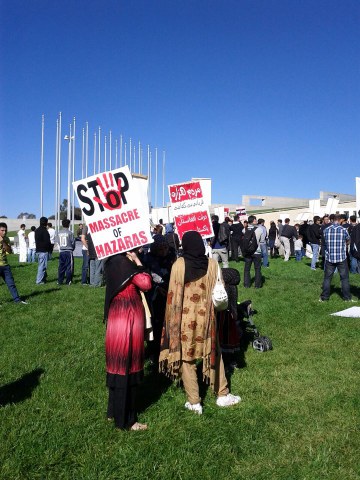 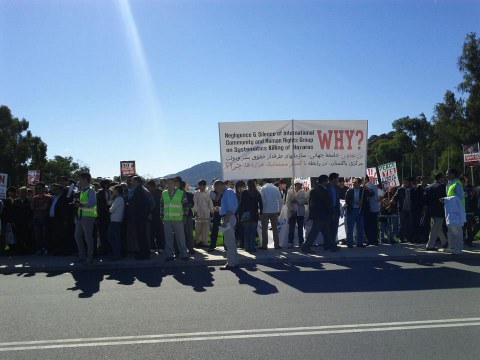