Gerry Georgatos
In recent times the Blackwood region has become a hotspot for UFO sightings and recently a Bridgetown resident photographed a UFO in Bridgetown's sky.

77 year old Robert Meldrum lives on one of the highest vantages of Bridgetown, near the well-known Bridgetown Lookout, and his front verandah is a pilgramage to one of the great views of the valley town. He and his wife retired to Bridgetown ten years ago. Mr Meldrum is an avid photographer who on the afternoon of Sunday April 22 was shooting photographs of cloud formations from his front verandah.

"It was about 5pm on the Sunday, and light and dark were in play. I was trying to photograph a rainbow after having been intrigued by the cloud formations," said Mr Meldrum.

"I didn't see the UFO while I was on the verandah however later when looking at the photos I noticed something in the top right hand corner of one of the photos and then did a close-up."

"It looked rocket-like, however it was not a plane, not any design I've seen, it was nothing that made sense, so it qualifies for an unidentified flying object, a UFO," he said.

"I was chasing rainbows and instead I found a UFO."

Mr Meldrum worked in mining - mineral exploration, and seasoned as a fly-in fly-out he has "many peculiar geophysical experiences of the unexplained."

"After a life of flying all over the north there have been many things seen high in the atmosphere that we can't explain, so I keep an open mind. I'm not saying I've seen flying saucers however many of us have seen what we yet can't explain."

The Donnybrook-Bridgetown Mail has forwarded a copy of the photograph to the Australian Space Academy, to NASA and to the Weather Bureau.

A recent study has estimated that the number of habitable planets orbiting the most common type of stars in our galaxies are in the tens of billions. The study by astronomers was based on the European Space Agency's HARPS spectograph in Chile, and used a sample of 102 red dwarf stars to estimate that 41% of the dim stars might be hiding planets "in their habitable zone."

Famed astronomer Carl Sagan once pondered what would happen if advanced extraterrestrial life came into direct contact with humans.

"They might find amusement in some talent we have that they lack and use us as entertainment, just as we keep sea lions in captivity because of their remarkable ability to balance rubber balls on their noses," he mused.

NASA astrobiologist Jacob Haqq-Misra said that astronomers are capable of detecting spectral changes in light coming from Jupiter-size planets up to 200 light years aways, however this is a very small neighbourhood in galactic terms, with the Milky Way 100,000 light years wide. More advanced civilisations would be capable of seeing farther.

Dr Haqq-Misra said that if there are other more intelligent civilisations out there, which is the likelihood, they have learned "to live within (their) means."

"The bottom line is, if there are intelligent civilisations out there, they pretty much have to have figured out how to grow in a sustainable way. We are not doing that, and (other civilisations) might make some moral judgment on how we are managing our resources." He said may be if they're nice Aliens they might feel sorry for humans and help us, and then again if they find humans a basket-case then what is left of humans may finish up like the sea lions, in captivity "balancing balls on their noses."

Donnybrook local snaps a UFO in the Kimberley
http://www.donnybrookmail.com.au/news/local/news/general/local-snaps-a-u... 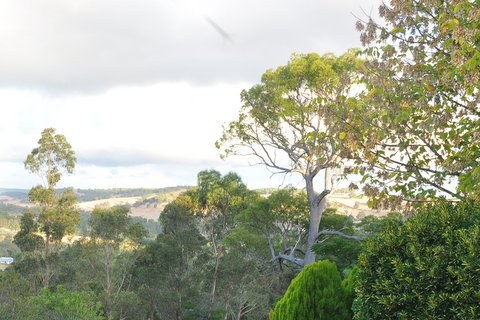 Donnybrook has had UFOs before

As someone in Donnybrook we have had a fair share of UFO sightings and our local pharmacy is named after a UFO sighting. There are out there believe you me.

Donnybrook and not just Bridgetown thanks you

This link from Gerry's article should be highlighted in its own right, it's a must view:

Our stupidity to dismiss the likely

interesting article, i like the links too especially the video and you make good points about the number of planets and the size of the universe and our stupidity to dismiss the likely

Way to go, the search for the unexplained leads to the truth!

Way to go, the search for the unexplained leads to the truth!

Or just some more fiction???

More like an anomalous bit of cloud - Gerry having a bit of fun?

Not much of a UFO. More like an anomalous bit of cloud. Things must be pretty boring in Bridgetown if this makes the local news! I think Gerry is just having a bit of fun with this one.

Bob, you need to cut down your exposure times when shooting rainbows.

Another 'blurfo'? Likely something nearer the camera lens

Another 'blurfo'? likely something nearer the camera lens that was moving by when the photo was taken. UFO? Technically. Alien craft? Not likely.

Best story of the year!

best story of the year!

Surely there would have to be life out there

Well there would have to be life and advanced ones in a universe so mind boggling vast, the crazy thing is to be delusional and believe we on this earth alone are the be all end all

That may not be flying machine from another galaxy, and then again who knows? but there surely would have to be life out there and not just on this speck in all this universe

I like Gerry's points at the end of the article

A shorter version in the local news

UFO - more evidence of the vastness of the universe

We are less than a needle in a haystack and from close up within we see little, like the following however UFOs are the reality and well direct contact one day - what shall it bring?

Asteroids, the next step

may be if they're nice Aliens they might feel sorry for humans and help us, and then again if they find humans a basket-case then what is left of humans may finish up like the sea lions, in captivity "balancing balls on their noses.- That is totally preemptive assumption. What if they are villains like the Decepticons.

I don't think this one's a UFO

I don't think this one's a UFO. this may also be viewed as a bird which is far away or some floating cloud as is stated by a commenter above. If its a UFO, then this may be a great news. But till now there are no strong leads in the science(I suppose).

Hi, I live in Broadford Victoria, i was climbing a known mountain that over looks Broadford.
Me and my friend where sitting on the summit of the mountain looking over towards Kilmore, i noticed a flat disk like object floating high over a hill, it sat there for over 5 minutes, and starting to jig up and down when it started drifting right, it went behind some clouds and then i saw a blue flash of what looked to me to be a upside down lighting bolt. Later on the same night my dad said he saw a light over mount piper. I'm not going to say that it was aliens or anything like that, because there was a storm rolling in, it could've been a helicopter and my eyes playing tricks on me, but it didn't look like a helicopter to me, and storm was coming from behind us.