On New Years Eve while the city streets were packed with drunken revellers and riot cops, a group of anarchists dropped 18 banners from five empty buildings in the centre of Sydney. Sound-systems were set up in two of the buildings with an anti-police hip hop/punk/dubstep mix which blasted out onto the streets. Anarchist slogans and symbols were sprayed on the windows in the buildings and on buses and banks in the streets below.

A 7 story office building on Clarence St was chosen in solidarity with arrested comrades in the Occupy Sydney movement. They recently squatted and heavily barricaded the space over a week in an attempting to build a free social centre. On November 8 over a hundred riot pigs surrounded the building while 5 comrades inside barricaded multiple doors and the stairwell, dropped 5 banners, flew a large red & black flag and activated a loud sound-system during a 5 hour eviction resulting in 6 comrades charged with offenses ranging from trespass to assault police.

Once inside the building we set up a soundsystem and dropped 4 banners reading:
VISUALISE INDUSTRIAL COLLAPSE
PROPERTY IS THEFT
DON'T FUCK WITH US
FIGHT BACK

These messages were dropped to express our contempt for property rights, industrial agriculture and mining, the material basis of capitalism. We also wished to send a warning to the pigs who would repress us, that we are everywhere, we are angry and we aren't going away.

We then scaled a building within an ANZ financed construction site and dropped 2 banners reading:

ANZ is one of Australia's largest banks and a financier of numerous mining projects which pollute and destroy the native life and wilderness we love.

We then broke into the long abandoned Australian Workers Union building, which sits directly across from the Greek consulate. From it we left a banner in Greek which translates as:

"FREEDOM TO OUR COMRADES IN PRISON" & another reading "FREE JOCK PALFREEMAN".

Jock is an anarchist and antifascist from Sydney, now serving a 20 year prison sentence in Bulgaria for defending two young Roma from a gang of nationalist hooligans. The Greek state is currently holding over 50 anarchist fighters hostage in its dungeons.

An empty 18 story office building was then breached. From it we activated our second sound system and hung 7 banners. Three were hung from the facade in solidarity with the indigenous resistance to colonisation from 1788 to now. They read:

We seek the complete destruction of this colonial state, which has systematically murdered, incarcerated and dispossessed the aboriginal people of this land for past 224 years.

Another 2 banners were hung in solidarity with the struggle of all refugees, reading:
NO BORDERS NO NATIONS
NO ONE IS ILLEGAL

We desire a world free of passports, visas, detention centers and every state mechanism that restricts the free movement of people.

Another 2 large banners were hung from the rear of the building reading(Unfortunately both banners but were removed the next day before decent photos were taken.):

NO WAR BUT CLASS WAR
NO SILENCE ABOUT PATRIARCHAL VIOLENCE

We also entered the massive ‘Griffiths Teas’ building, owned by Isaac and Susan Wakil, property magnate directors of Citilease Property Group. These superich scumbags are sitting on a bunch of empty buildings, all ripe for the taking. The building’s located directly between the Australian Federal Police HQ and the Surrey Hills Sydney Police Centre. From it we hung 2 massive banners reading:

2012 A NEW YEAR'S REVOLUTION: DESTROY CAPITAL BEFORE IT DESTROYS US ALL
ALL COPS ARE FUCKIN'BASTARDS, ACAB
FREE AKIN SARI

Our comrade Akin Sari* has been held in the maximum security Goulbourn NSW prison since December 5 on trumped up charges of possession of breaking implements and a knife, for some tools and cutlery cops found in the boot of his car.

Each of the 5 buildings were barricaded on the way out and many of the banners remained hanging three days later.
We dedicate this small action to Jock Palfreeman and all anarchist prisoners around the world. We hope this greeting may reach you. You’ve not been forgotten inside the dungeons of capitalist democracy.

THE PRISONS WILL BURN
SEE YOU AT THE BARRICADES

*Akin Sari has since been released 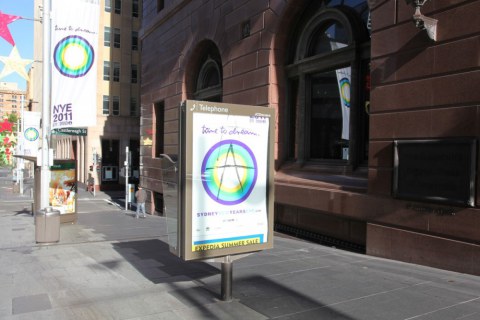 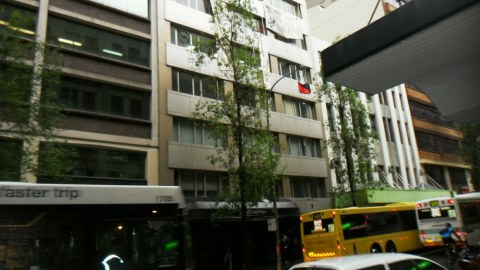 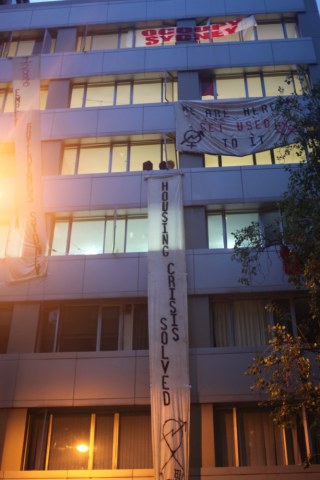 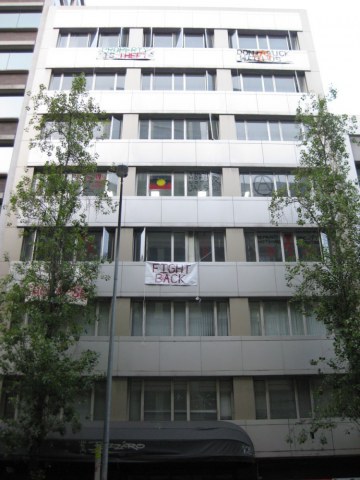 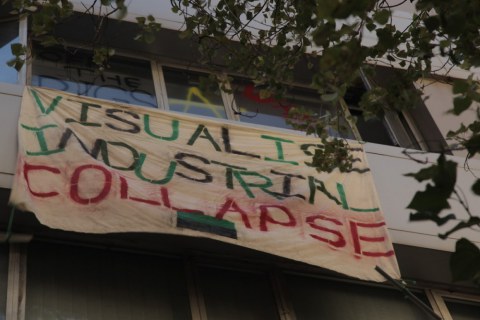 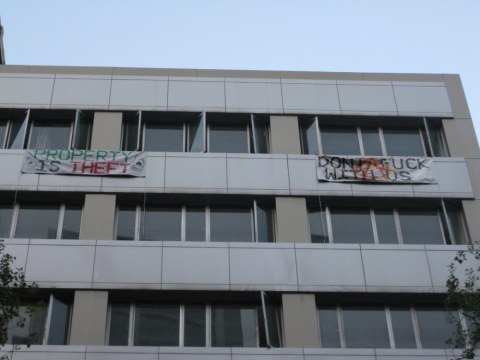 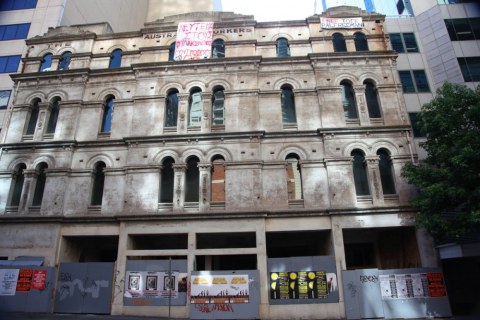 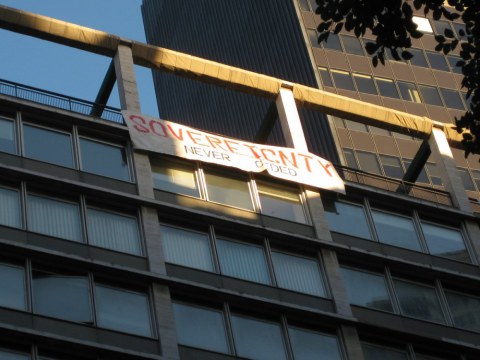 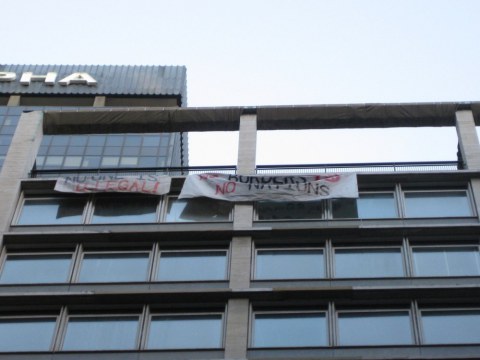 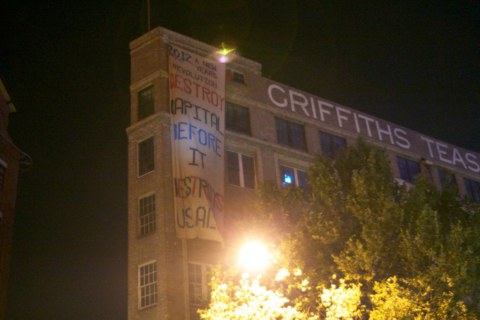 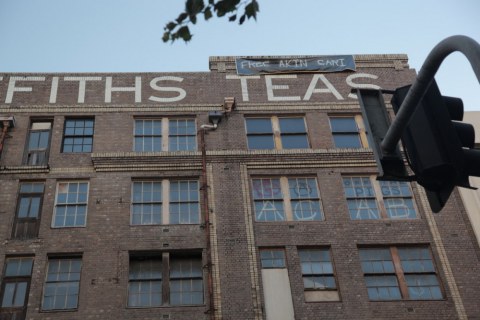 Re: Some Sydney Anarchists celebrate NYE by dropping 18 ...