Around 20 protestors greeted the visit by Obama to Darwin Parliament on November 17th with a small protest against the proposed new base for U.S. marines in Darwin. This base will see 2500 marines permanently on Australian soil by 2016 and lead to a massive expansion in military training exercises. As clearly spelt out in the World Socialist Website this expansion is clearly about U.S. imperialist aims to contain China and is part of a dangerous escalation of tension in the Asia Pacific which risks the outbreak of outright war between the major powers in the future. The protest was organised by Darwin Residents Against War.
Related: Green Left Weekly Coverage -- Peace protest in Canberra

Mainstream Press
Photos on the ABC 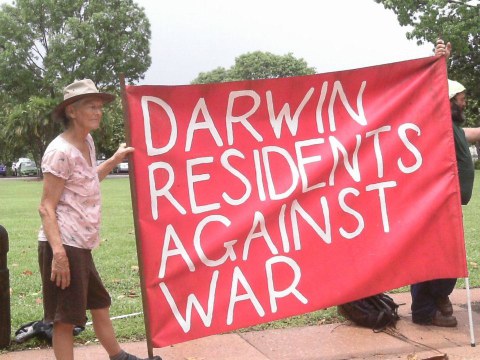 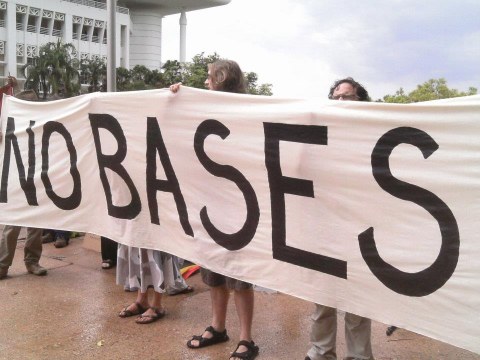 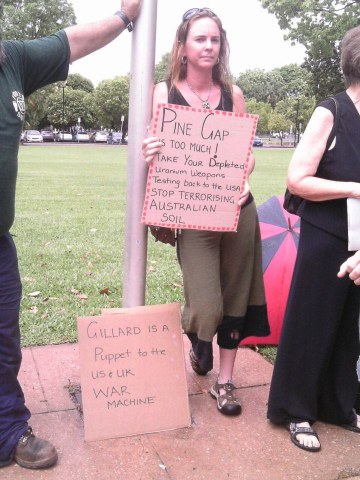 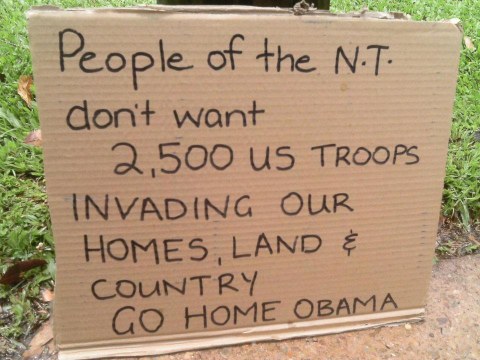 Article outlines fear that Australia will stockpile these weapons in Darwin with the expanded U.S. presence in our North.