Giant ‘No Harvey Norman No!’ banner unfurled in the midst of Tasmanian forest destruction

The banner, which states ‘No Harvey Norman No! Don’t buy forest destruction!’, is one of the largest banners ever unfurled in Australia, measuring 60 x 18 metres.

‘Harvey Norman continues to profit from the destruction of Australia’s spectacular native forests. Today, we are sending a very clear message from the decimated forest floor and unfurling this massive banner to show the Australian people where their furniture is coming from’ said Ula Majewski, spokesperson for The Last Stand.

Recently, Harvey Norman has been the focus of numerous campaign activities by different groups around Australia. A viral video parodying a Harvey Norman ad, which was released by Markets for Change and GetUp!, has received 100,000+ hits on YouTube.

Peaceful actions in Harvey Norman stores have been happening all across the country over the last few weeks, including Melbourne, Sydney, Nowra, Hobart and Launceston. 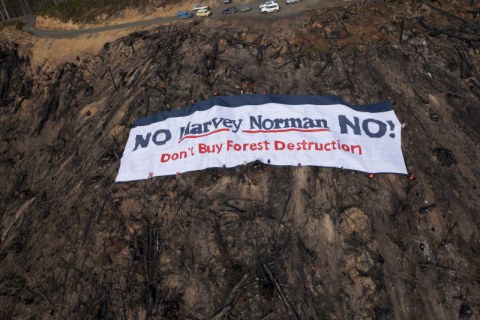 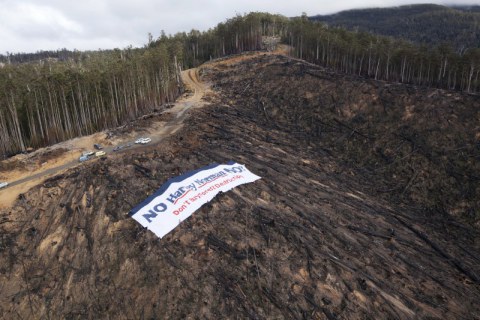 Re: Massive banner unfurled in Tasmania drawing attention to ...

Is the whinging old Gerry-atric skinflint still saying... "but what's this got to do with me?"

Re: Massive banner unfurled in Tasmania drawing attention to ...