Below is a letter sent by Yvonne Margarula of the Mirrar people to Ban Ki Moon the Secretary General of the UN on the 6th of April 2011. The Mirrar are the traditional owners of the land that Ranger and Jabiluka Uranium mines are located on. These mines have been developed without the consent of the Mirrar people. The letter expresses solidarity with the people of Japan and sorrow that uraniun from the land of the Mirrar was used in the Fukushima plant.>

It was with great sadness that we Mirarr People of the World Heritage listed Kakadu National Park in the Northern Territory of Australia learned of the suffering of the Japanese people due the recent earthquake, tsunami and nuclear crisis. Our thoughts and prayers are with the people of Japan at this most difficult of times. We hope that individuals, families, communities and the nation may rebuildtheir lives. We also hope for a speedy resolution to the ongoing Fukushima nuclear emergency.

It is known that Aboriginal people have occupied Australia for some 60,000 years because of an archaeological site on my country in Kakadu, where people, including myself as a child, regularly visited and camped . I am the clan leader, or senior traditional owner, in the world's oldest continuing cultural tradition. We Mirarr are the traditional owners of the land now subject to the Ranger Uranium Mine and the site of the proposed Jabiluka uranium mine. The Ranger mine now produces some 10% of the world's mined uranium. We Aboriginal people opposed Ranger's development andeven though our opposition was overruled it has never gone away.

A month ago a delegation of this Corporation, comprising three young Indigenous women from Kakadu, visited Tokyo, Hiroshima and Nagasaki as part of the 72nd Global Peace Voyage of the Peace Boat. Here they met with Hibakusha (survivors of the atomic bombings of Hiroshima and Nagasaki) and people and organisations concerned with nuclear and peace issues. This recent visit heightens the sense of solidarity we feel for the people of Japan in their suffering and reinforces the Mirarr People's position against further uranium mining in Kakadu.

In the early 1970s the Australian Government, as part of its negotiations with Japanese Prime Minister Kakuei Tanaka, committed to the export of uranium from our land at Ranger to Japan. This commitment came many years before the enactment of Aboriginal land rights in the Northern
Territory. We were not consulted about this. We opposed Ranger's development. When the
Australian Government introduced land rights legislation in 1976 our ability to stop the Ranger mine was blocked by special provisions of the Aboriginal Land Rights (Northern Territory) Act. Given the long history between Japanese nuclear companies and Australian uranium miners, it is likely that the radiation problems at Fukushima are, at least in part, fuelled by uranium derived from our traditional lands. This makes us feel very sad .

Ranger has operated since 1980 and has brought much hardship to local Aboriginal people and environmental damage to our country. For over 30 years we have experienced and lived with the 'front end' reality of uranium mining and we are opposed to any further mining at the Jabiluka site. From 1998, I led an international coalition of environment, peace, faith and human rights groups
against Jabiluka's development. We received a lot of support from international networks and institutions such as UN ESCO, the European Parliament and the US Congress. Over an eight-month period in 1998 more than 5000 protesters, including myself and other Mirarr traditional owners, peacefully blockaded the Jabiluka site. All our efforts were recognised that year when I was awarded both the Friends of the Earth International Environment Award and the Nuclear-Free Future Award. In 1999 I jointly received, with Jacqui Katona, the Goldman Environment Prize for my efforts to protect my country from uranium mining. We Mirarr remain opposed to Jabiluka's development; the Fukushima incident only strengthens our resolve.

Today some 12 million litres of radioactive contaminated water lies on site at the Ranger Uranium Mine, upstream of Indigenous communities and internationally recognised Ramsar listed wetlands.The mining company, owned by Rio Tinto, has suspended all milling of uranium due to the persistent water management problems and threats posed to the environment. All this is of great concern and is taking place within Australia's largest national park and our homeland, Kakadu.

I am writing to you to convey our solidarity and support with all those people across the world who see in the events at Fukushima a dire warning of the risks posed by the nuclear industry. This is an industry that we have never supported in the past and that we want no part of into the future. We are all diminished by the awful events now unfolding at Fukushima. I urge you to consider our viewpoint in your deliberations with governments in relation the Fukushima emergency and the nuclear industryin general.

In 2009 the European Commission found that approximately 70% of uranium used in nuclear reactors is sourced from the homelands of Indigenous minorities worldwide. We Mirarr believe that this constitutes an unfair impact on Indigenous people now and into the future. We suffer the dangers and long term impacts of the front end of the nuclear fuel cycle so that others overseas may continue to enjoy lives without the awareness of the impacts this has on the lives of others.

For many thousands of years we Aboriginal people of Kakadu have respected sacred sites where special and dangerous power resides. We call these places and this power Ojang. There is Ojang associated with both the Ranger mine area and the site of the proposed Jabiluka mine. We believeand have always believed that when this Ojang is disturbed a great and dangerous power is unleased upon the entire world. My father warned the Australian Government about this in the 1970s, but noone in positions of power listened to him. We hope that people such as yourself will listen, and act, today. 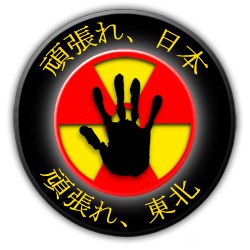 Wake up Australia, before we live in a lifeless garbage tip

I am white, with Aboriginal Blood in me three generations reduced, but even I feel that we have to stop these mines from disturbing the Minerals in the earth, She is the Mother of All of Us, when are we going to Wakeup, when its to late.
Uranium is the most dangerous of all, and all minerals have power, science proves this. I believe the Aboriginal people are given the right by destiny to be the Natural Born Caretakers of this Country.
and they speak more and more with Common sense, What We all should be doing, Wake up Australia, before we live in a Garbage tip with no life left. Just for the Greed of money. take less and be more happy. Lets live simpler, like in the Old days.

new Holistic world paradigm of "helping all, harming nothing"

The present UN will never listen, because it is built on the old paradigm of stealing and plundering for the purpose of controlling and enslaving.

The Spiritual UN is being built on the new Holistic world paradigm of "helping all, harming nothing" as our true way and world.

It's just a matter now of choosing which way The People would like to go.

Thank you for caring for Japan

hello,
my name is Marquee Djomula.skin name is bangardi and ngarritj. i am japanese but my grand father is Djalu Guruwiwi live in Noeth east arnhemland.

thank you to care for japan.
We must confront the fate that will surely one day regain the smile.

My English is poor, but in this case is not transmitted in a lot of things we thought to have ties with travel writing.