This is not just about saving bumble bees, this is about our survival

Silently, billions of bees are dying off and our entire food chain is in danger. Bees don't just make honey, they are a giant, humble workforce, pollinating 90% of the plants we grow.

Scientists increasingly blame one group of toxic pesticides for their rapid demise, and bee populations have soared in four European countries that have banned these products. But powerful chemical companies are lobbying hard to keep selling this poison. Our best chance to save bees now is to push the US and EU to join the ban -- their action is critical and will have a ripple effect on the rest of the world.

We have no time to lose -- the debate is raging about what to do. This is not just about saving bumble bees, this is about our survival. Let’s build a giant global buzz calling for the EU and US to outlaw these killer chemicals and save our bees and our food. Sign the emergency petition now and send it on to everyone and we’ll deliver it to key decision makers:

Bees are vital to life on earth -- every year pollinating plants and crops with an estimated $40bn value, over one third of the food supply in many countries. Without immediate action to save bees we could end up with no fruit, no vegetables, no nuts, no oils and no cotton.

Recent years have seen a steep and disturbing global decline in bee populations -- some bee species are now extinct and others are at just 4% of their previous numbers. Scientists have been scrambling for answers. Some studies claim the decline may be due to a combination of factors including disease, habitat loss and toxic chemicals. But new leading independent research has produced strong evidence blaming neonicotinoid pesticides. France, Italy, Slovenia and even Germany, where the main manufacturer Bayer is based, have banned one of these bee killers. But, Bayer continues to export its poison across the world.

This issue is now coming to the boil as major new studies have confirmed the scale of this problem. If we can get European and US decision-makers to take action, others will follow. It won’t be easy. A leaked document shows that the US Environmental Protection Agency knew about the pesticide’s dangers, but ignored them. The document says Bayer’s "highly toxic" product is a "major risk concern to non target insects [honey bees]".

We need to make our voices heard to counter Bayer’s very strong influence on policy makers and scientists in both the US and the EU where they fund the studies and sit on policy bodies. The real experts -- the beekeepers and farmers -- want these deadly pesticides prohibited until and unless we have solid, independent studies that show they are safe. Let's support them now. Sign the petition below, then forward this email:

We can no longer leave our delicate food chain in the hands of research run by the chemical companies and the regulators that are in their pockets. Banning this pesticide will move us closer to a world safe for ourselves and the other species we care about and depend on.

Alex, Alice, Iain, David and all at Avaaz

Bee decline could be down to chemical cocktail interfering with brains
http://www.guardian.co.uk/environment/2010/jun/22/chemicals-bees-decline...

Avaaz.org is a 6.5-million-person global campaign network that works to ensure that the views and values of the world's people shape global decision-making. ("Avaaz" means "voice" or "song" in many languages.) Avaaz members live in every nation of the world; our team is spread across 13 countries on 4 continents and operates in 14 languages. 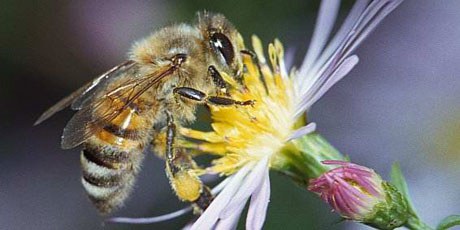 With all the bullshit that's happening in the world, greed, wanting power, corruption, we are not focusing on the little thing that matters: our survival, the survival of mankind, the survival of our planet, survival of our food chain, the food we need to feed our children - that’s right bees. Bees provide 90 percent of earth’s plantation. Why are the governments thinking about themselves, they need to think about our children’s children’s mouths, action needs to be done, this is not a thing to talk or action in the next 3 years, it will be too late, it has to be actioned now. It's up to the scientists to push this through to the governments, and the UN to push this through. And were does money come from - trees you idiots.