Why is a ground breaking solar research facility losing research funding at such a crucial time for transitioning from coal fired power stations to renewable energy? On Monday 26 July Greens staffer Tim Hollo revealed on Twitter that research funding had not been renewed for the Australian Research Council Centre of Excellence for Advanced Silicon Photovoltaics and Photonics based at the University of NSW.

Related: Call for Gillard to install solar panels on the Lodge

Action on climate change is hot topic this election despite the Labor, Liberal and National Parties largely ineffectiual policies and minimal target of just 5 per cent emissions reduction by 2020. While an early carbon price would provide business investment certainty, structural support to renewable energy technologies is also important. The scientific consensus is that we need to implement at the minimum 20 to 40 per cent emissions reduction by 2020, and preferably the upper end of that range, if we are to stand a reasonable chance of avoiding dangerous climate change.

The inaction of Labor and Liberal parties on the Federal level was further highlighted this week with Victorian Labor Premier John Brumby's announcement of a 20 per cent emissions reduction target by 2020 for Victoria, and a feed-in tariff to encourage 5 per cent of electricity from large scale concentrating solar thermal power stations, as well as support for residential and medium scale solar photovoltaic systems. The comprehensive program also includes phasing out 25 per cent of Hazelwood by 2014, increasing passive building energy efficiency and a local carbon offset program.

Brumby is keen to position Victoria as the solar capital of Australia, and is driven by the prospect of a state election towards the end of 2010 with the Greens challenging Labor in a few inner city electorates. At the very least he is showing some leadership on much needed climate action in contrast to the political football the issue is seen as in Federal politics.

According to the 2003 ARC funding report the Advanced Silicon Photovoltaics and Photonics COE was funded for just over $12 million for seven years. This year funding had been requested for a further seven years starting 2011 from the Australian Research Council. The 2003 funding proposal describes "Australia has been a large player in photovoltaics as a manufacturer, end-user, and source of new technology and, with appropriate nurturing, it is not impossible that Australia could reach a world-dominant commercial position in photovoltaics comparable to Denmark's 50% presence in the world wind generator market."

John Grimes, chief executive of the Australian Solar Energy Society (AuSES) told Recharge in this report "It was recently announced that ARC funding did not include the centre because it is 'not successful' and no (other) reasons were given,"

"The centre has met or exceeded all funding milestones. It has been a world leader in PV research, constantly holding PV efficiency records - single cells of 25% and multi cells of 43%." said Grimes.

According to Grimes significant private sector investment was leveraged from the ARC grant. Some doubt now exists whether private investment will continue to the same extent. ARC funding is due to end at the end of 2010.

"Most present photovoltaic sales are of "first-generation" solar cells made from silicon wafers, similar to the wafers used in microelectronics. The Centre's world-leadership with these "first-generation" devices, with international records for the highest-performing silicon cells in most major categories (including the outright highest-performing cells and modules) was extended in 2008 with the demonstration of the first 25% efficient silicon solar cell. In 2009, a first-generation Centre cell of this type was key to establishing a new world record of 43% for the conversion of sunlight to electricity by any means. First-generation Centre research addresses the dual challenges of reducing cost and further improving efficiency. The rapid growth of the photovoltaic industry is generating widespread interest in ongoing innovations of the Centre's first generation technology with several distinct technologies now in large-scale production and additional licences signed during 2009. A notable achievement during 2009 was the introduction of high-efficiency Pluto technology, co-developed with Suntech Power, the world's largest silicon cell manufacturer, onto the market in large volumes."

The Centre of Excellence have also been developing second generation photovoltaics where a very thin silicon layer is deposited on glass providing enormous potential cost savings. "The Centre is at the forefront of international research with such "second-generation", silicon based approaches, with the first commercial product from "spin-off", CSG Solar, appearing on the market in 2006. Several megawatt fields of CSG Solar panels are now operating in Europe. During 2009, with support from an Australian Research Council Linkage Grant, collaborative work commenced with CSG Solar Pty Ltd aimed at further reducing the costs of this approach." says the annual report.

While Julia Gillard promised investments of $892 million over ten years to promote the use of renewable energy sources last Friday, on Monday the Photovoltaics Centre of Excellence found out their funding by the Australian Research Council had not been renewed past 2010.

So instead of continuing funding some of the pioneering research into solar photovoltaics for a really quite small sum, we get instead the Labor party 'Cash for Clunkers' policy - a scheme that will provide owners of pre-1995 cars a rebate of $2,000 if they upgrade to a new more fuel efficient model. To fund this upgrade to vehicle fuel efficiency the solar flagship program will lose $220 million and a further $150 million will come from closing the solar hot water rebate.

Greens Senator Christine Milne said in a media release on Thursday "The UNSW Centre for Excellence is celebrated around the world for its innovation. It trained the world's first solar billionaire, Dr Zhengrong Shi. But with renewable energy clearly such a low priority for both the government and opposition, there is no direct funding of the centre and the ongoing research funding has not been renewed."

"Australian governments have repeatedly made millions available to coal companies and car companies. Why are they so reluctant to actually properly fund world-leading renewable energy innovation, even though they are happy to claim credit for doing so?" she asked.

"The Centre for Excellence is an investment of a few million dollars a year to create some 70 jobs, a great global reputation and, of course, wonderful technologies that will help us tackle the climate crisis." Senator Milne said that many of the 70 scientists working at the centre will probably now move to research positions overseas.

The lack of transparency in the bureacratic decision not to continue research funding is of great concern. Is it any wonder that some of Australia's foremost reserachers in solar and renewable technologies end up moving overseas to further their careers and research in more responsive environments.

Update:A spokesperson for the University of NSW has said it will cover the loss of research funding until other funding sources can be found. "We think this is very disappointing that it's happened but we're committed to the centre continuing," a university spokeswoman told AAP on Friday. "We'll now be looking for other sources of funding. The centre will not close." 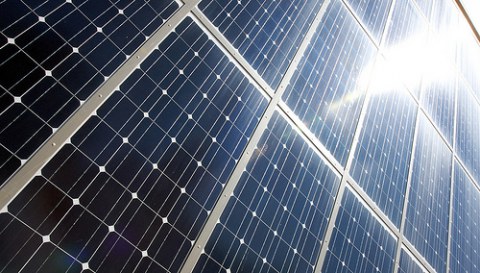