Wikileaks has released The Afghan War Diary ,2004-2010, which contains over 90,000 leaked secret files from the U.S. Military. The files outline how the U.S. and its allies have systematically under estimated civilian deaths, they describe the existence of a secret U.S. assassination squad, increasing use of remote drones by the U.S. and the increasing sophistication and deadliness of the Taliban insurgency. They even include reference to a cover up by Australian forces of the killing of an Afghan policeman.

Julian Assange as the public face of Wikileaks has bravely spoken publically on the release of the documents and how they describe the true criminal nature of the war in Afghanistan. Already threatened by the U.S. military after Wikileaks leaking of the “Collateral Murder” video from Iraq, there has even been discussion in Australia that he could have committed a crime for helping an enemy of the ADF. Hear Julian discuss the leaks here

Wikileaks needs to be given much credit as anti-war activists for the way they are keeping the true nature of the wars in Iraq and Afghanistan to the public and undermining what little moral legitimacy they have.
Wikileaks 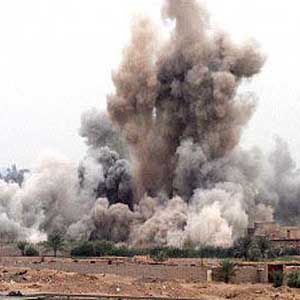 In response to the WikiLeaks posting of tens of thousands of secret documents on the Afghanistan war, the Pentagon has launched a manhunt within the military and called in the FBI for possible prosecution of the actual whistleblower who supplied the evidence of US atrocities.

WHISTLEBLOWER website WikiLeaks has posted a mysterious encrypted ''insurance file'', touching off speculation about what it contains.

Cryptome, another whistleblower site, said it may have been ''pre-positioned for public release'' in the event of a ''takedown'' of WikiLeaks by US authorities or if something happens to its Australian founder, Julian Assange. ''In either scenario, WikiLeaks volunteers, under a pre-arranged agreement with Mr Assange, could send out a password or passphrase to allow anyone who has downloaded the file to open it,'' Wired said.

LAS VEGAS -- A security researcher involved with the Wikileaks Web site was detained by U.S. agents at the border for three hours and questioned about the controversial whistleblower project as he entered the country on Thursday to attend a hacker conference, sources said on Saturday.

He was also approached by two FBI agents at the Defcon conference after his presentation on Saturday afternoon about the Tor Project.

Jacob Appelbaum, a Seattle-based programmer for the online privacy protection project called Tor, arrived at the Newark, New Jersey, airport from Holland flight Thursday morning when he was pulled aside by customs and border protection agents who told him he was randomly selected for a security search, according to the sources familiar with the matter who asked to remain anonymous.

Appelbaum, a U.S. citizen, was taken into a room, frisked and his bag was searched. Receipts from his bag were photocopied and his laptop was inspected but it's not clear in what manner, the sources said. Officials from the Immigration and Customs Enforcement and the U.S. Army then told him he was not under arrest but was being detained, the sources said. They asked questions about Wikileaks, asked for his opinions about the wars in Iraq and Afghanistan and asked where Wikileaks founder Julian Assange is, but he declined to comment without a lawyer present, according to the sources. He was not permitted to make a phone call, they said.

After about three hours, Appelbaum was given his laptop back but the agents kept his three mobile phones, sources said.