What value our wetlands? How do you value a wetlands environment? How do you value the indirect ecosystem and biodiversity benefits of having healthy wetland environments? An economic study of the Hattah wetlands within the Hattah-Kulkyne National Park in northern Victoria attempts to answer these questions putting a direct economic value of $14.5 million dollars per year for maintaining the Hattah Lakes in a healthy state with adequate water levels.

“Wetlands are the kidneys of the Murray-Darling Basin, filtering our water and providing feeding and breeding sites for many fish and bird species,” said ACF Healthy Rivers Campaigner Dr Arlene Buchan. “Wetlands have long been undervalued, yet they underpin entire rural economies. A healthy wetland is of enormous value." she said.

According to Penny Wong "Since the 1950s, Basin governments had tripled the amount of water that could be taken out of the Murray Darling river system – without proper regard for the consequences." The effects of decades of water mismanagement, a long drought and increasing Climate change altering rainfall patterns had the Murray Darling Basin headed for catastrophe.

After difficult negotiations, the Rudd Government organised a cooperative agreement for the hand over of powers from the state governments of Queensland, NSW, Victoria and South Australia to the Commonwealth for a whole of basin management plan. The Government has also embarked on strategic purchase of water rights to return rivers and wetlands to sustainable levels and a massive upgrade of irrigation infrastructure.

By April 2010 the Rudd Government had spent $1.28 billion on 803 billion litres of water entitlement in the basin. When the whole of basin plan starts being implemented, Penny Wong warned there is going to be pain felt by everyone in the basin. "we are investing in irrigation infrastructure that will help our farmers and Basin communities do more with less, while also purchasing water to restore the rivers to health.” said Penny Wong in April.

In the meantime, the Rudd Government is funding local councils to plan for a future with less water through the Strengthening Basin Communities $20 million program. “In an era of extended drought and climate change, many communities across the Basin are confronting the social and economic challenges brought about by reduced water availability,” Senator Wong said in April in Swan Hill. “In developing their plans, we encourage councils to continue to consult widely with their local communities and to consider how they can best manage water issues arising in their local catchments,” Senator Wong said.

The Wentworth Group of Concerned Scientists in a study released June 2, said that "a reduction of approximately 40% of the current Cap on diversions" would be required to return water management in the basin to a sustainable level.

According to the study "In most catchments, the required reduction is less than 10%. However, in two catchments - the Murray and Murrumbidgee - the reductions are significantly greater, in the order of 39% and 65% respectively." This amounts to about 4400 Gigalitres needing to be allocated for "the environment's share of the long-term average flows of the Murray-Darling system in order to achieve a high probability of restoring the Basin to a healthy condition."

Dr Arlene Buchan called on the Federal Government to increase environmental water allocations, “Through this year’s Basin Plan the Federal Government has a great opportunity to set the parameters to return water use in the Murray-Darling to sustainable levels." she said. "If the Basin Plan sets diversion limits that are grounded in the best available science it will put us on the right track so future generations of Australians can enjoy our wetlands and wildlife and benefit from their many values,” she concluded.

The ACF also has been active in recently purchasing 400 million litres of water with donations from credit union MECU and individuals from all over the country for return of water to Hattah Lakes to sustain this RAMSAR listed wetland environment.

"The wetlands within Hattah-Kulkyne National Park are one of 16 internationally significant wetland complexes within the Murray-Darling Basin and are renowned for their environmental and cultural values. These have been recognised with the wetland being RAMSAR listed, indicating its international significance because of the high diversity of animals and plants, including its ability to “regularly host over 20,000 water fowl” as well as “supporting over 1 per cent of the individuals of a population of one species or subspecies of water fowl”.


As well as environmental significance, the lakes have a long cultural heritage with more than 50 archaeological sites marking the thousands of years of Aboriginal activity around the lakes. The wetland complex comprises 1,155 hectares of wetlands including several shallow lakes, creeks and temporary swamps bordered by riverine woodlands. The surrounding National Park covers 48,000 hectares.


Hattah Lakes are an important hotspot for wildlife, being home to 47 threatened or near threatened wildlife species including five that are critically endangered: 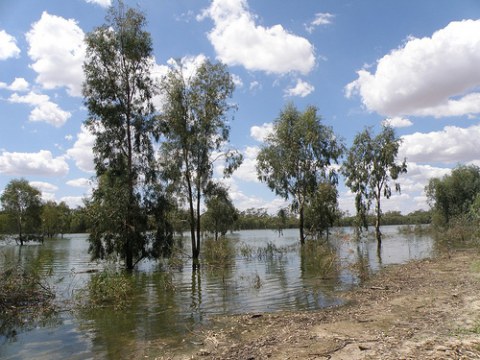 The protection and conservation of these wetlands is imperative and everything should be done with this in mind.