Over 250 people gathered on Thursday May 6, 2010 for a protest on the steps of the Victorian Parliament in Melbourne, called for Victorian Premier John Brumby to take strong climate change action and negotiate the closure of the Hazelwood brown coal fired Power Station in the La Trobe valley by 2012.

Hazelwood is Australia’s dirtiest power station, using brown coal, which produces almost 15 percent of Victoria’s greenhouse pollution - 3 per cent of Australia's total carbon emissions. It pumps out more than 16 million tonnes of greenhouse pollution each year and is also a massive user of water (27 billion litres a year) and emitter of dangerous pollutants. It is the single largest source of dioxin pollution in Australia, as well as emitting 7800 tonnes of hydrochloric acid each year.

Speakers said it is possible to replace Hazelwood with a combination of renewable energy, energy efficiency and peaking gas plants. The jobs in construction and operation of these power stations would far exceed the 500 jobs that currently exist at Hazelwood, though effort would need to be taken to ensure that new jobs were created in the Latrobe Valley.

International Power owns the Hazelwood Power Station and have recently flagged to the Federal Government that they would be prepared to close the power station with the right financial incentives.

A Melbourne University Climate Action group was taking the message of climate action up to Prime Minister Keven Rudd at Crown Casino the same afternoon. 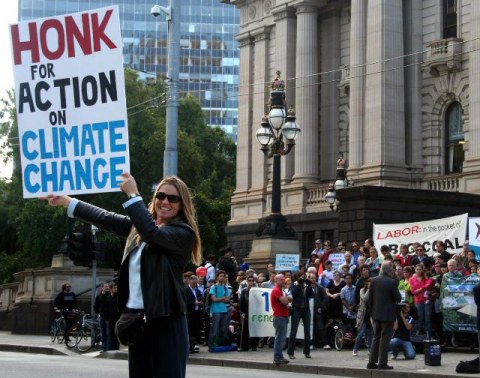 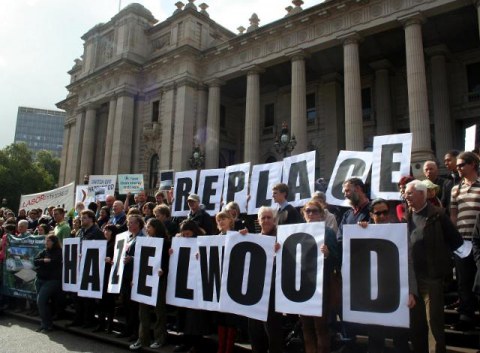 Re: Time to Replace Hazelwood Coal Power Station for Climate ...