The NSW Government has been heavily criticised for delaying protection to the iconic Murray redgum wetland forests. The Australian Conservation Foundation has called on Federal ministers Peter Garrett and Penny Wong to intervene regarding the Millewa forests. “Legislation introduced by the NSW Government would see the healthiest half of the Millewa wetland forests logged intensively for the next five years and all of the Pericoota-Koondrook forests logged for the foreseeable future,” said ACF Campaign Coordinator Lindsay Hesketh, “Federal ministers Peter Garrett and Penny Wong need to make sure the NSW Government rethinks and strengthens this piece of legislation immediately.”

The stunningly beautiful Barmah-Millewa forest is located between Echuca, Deniliquin and Tocumwal, covering an area of approximately 66,000ha. It is the largest river red gum forest in the world. It comprises of the Barmah Forest on the Victorian side of the river, protected by the Victorian Government in November 2009, and the Millewa Forest on the New South Wales side.

Barmah-Millewa is listed under the Ramsar Convention as a wetland of international importance. The forest provides major breeding sites for waterbirds, including visiting migratory birds listed under international treaties with Japan (JAMBA) and China (CAMBA) such as the Glossy Ibis, Caspian Tern and Painted Snipe. It also provides habitat and food sources for native fish, has diverse plant associations and supports rare and threatened plant species.

“This legislation would turn the best part of the largest redgum wetland forests on Earth into low value wood products and firewood. The NSW Government has thumbed its nose at the recommendations of its own independent expert committee which made strong recommendation around the protection of these precious forests." said ACF Campaign Coordinator Lindsay Hesketh.

The legislation was introduced into the NSW parliament on April 10, with environment groups calling it a triumph of spin over substance. “The Bill introduced into Parliament today fails the environment - allowing industrial logging to continue in almost 20,000 hectares of the magnificent and iconic Millewa forest” said Ms Carmel Flint, spokesperson for the National Parks Association of NSW.

Peter Cooper, campaigner for The Wilderness Society said “The so-called ‘transition’ logging in Millewa is a great big con that has been rejected outright by environment groups from around NSW and Australia. The Red Gum Bill will destroy the habitat of threatened species like the Koala, Superb Parrot and Squirrel Glider, just so that cheap Red Gum firewood can be trucked to Melbourne. The NSW Government has turned its back on the best scientific advice and is now undermining the
environmental recovery of the Murray-Darling Basin."

Greens MP Ian Cohen said the legislation failed on jobs and environment. "I can see the opportunities that will be lost if the Government doesn’t rethink the situation to allow logging in Millewa and communicate with the Yorta Yorta. The Traditional Owners have explained to me today that more logging in Millewa is a bad outcome for the River Country and also a bad outcome for their people.”

The creation of the Barmah National Park in Victoria has already provided five new ranger positions to Yorta Yorta people.

Mr Neville Atkinson, chairperson of the Yorta Yorta Nation Aboriginal Corporation said “The Yorta Yorta Traditional Owners want to work with the NSW Government to manage a world class National Park, that fully protects the Millewa forest, to explore and develop all the socio-economic opportunities that will provide for both the broader community and the state of NSW,”

“After more than 200 years of damage and destruction, Yorta Yorta say it is time right now to start the long path to recovery of the Murray River and its floodplain, not in five years time or ten years time. I will be taking their views back to the Parliament” Mr Cohen said.

The Murray Darling Basin Authority has announced that Millewa is one of the most important key indicator sites or environmental assets in the Murray Darling that it would aim to protect and restore through its water reform processes. 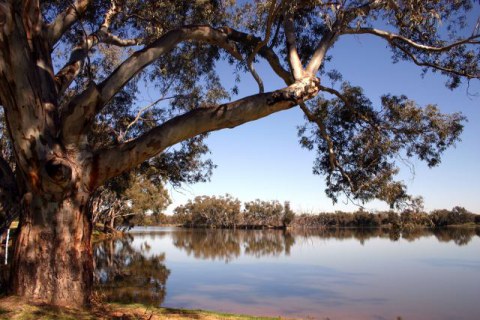