Friends of the Earth have described the proposed Waratah Coal Galilee mine, the world's largest coal mine, as another nail into the coffin of our climate. Waratah Coal's Clive Palmer and Queensland Premier Anna Bligh jointly announced on February 7, 2010 the progression of what would be the world's largest coal mine, having struck a multi-billion dollar deal which would see a twenty year supply of coal to Chinese power-stations.

"This deal drives another nail into the coffin of our climate. If the project goes ahead, then emissions from the exported coal would equal 20% of Australia's total domestic emissions," said Friends of the Earth spokesperson Bradley Smith on the Galilee mine being declared a 'significant project' .

"This makes a mockery of claims made by Premier Bligh that the Queensland Government is serious about tackling climate change," Mr Smith said.

"The 8000 Ha Bimblebox Nature Refuge near Alpha would be cleared and mined by this project. How ironic that in the International Year of Biodiversity, Queensland still lacks legislation to protect areas of high conservation significance from mining," commented Mr Smith, echoing similar calls from the Mackay Conservation Group.

Bimblebox was purchased in 2000 with the savings of a number of concerned individuals, as well as funding from the Australian National Reserve System program. In 2003, the Bimblebox Nature Refuge Agreement (category VI IUCN protected area) was signed with the Queensland state government to permanently protect the conservation values of the property. Nature Refuges and the protected areas that make up the National Reserve System are not automatically protected from mineral exploration and mining, which in Australia are granted right of way over almost all other land uses.

The Bimblebox Nature Refuge website describes "We are faced with the absurd irony, that in 2009 with all that we know about Australia's biodiversity crisis and the threat of climate change, that a protected area rich in biodiversity and with carbon stores intact could be sacrificed for the sake of producing more climate changing coal."

"This case reveals a stunning contradiction in Australian government priorities and policies, which aim to conserve biodiversity on protected areas, but yet which affords no protection for these areas if minerals are found beneath the soil." says the Bimblebox Nature Refuge website.

"We want to know why the Queensland Government continues to put coal mining first when it is destroying our biodiversity and our climate," Mr Smith said.

The open cut coal mine, projected to be the world's largest, is on the traditional land of the Darumbal indigenous people.

The project involves construction of a railway line 490km to the Port of Abbot Point, where a new coal terminal will be built, and construction of a dam within the Belyando River catchment and a water pipeline from the Burdekin Dam. Waratah Coal website advises the project's estimated total development cost is AU$7.5 Billion. 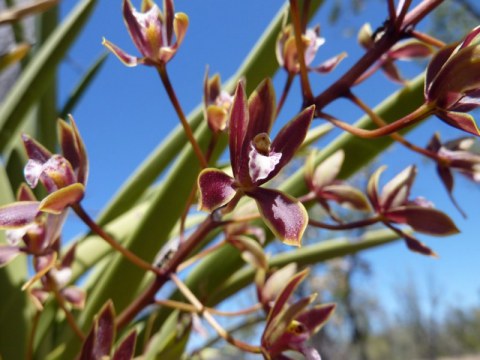 Re: World's largest coal mine another nail in the coffin of ...

Just want to say you guys are fucking morons. This is coking coal, used for steel production. How can you have your fucking windmills, ipads, hipster bikes and apple macbooks without steel? What do you propose replacing steel with?