Protestors have been denied water with police emptying 20L bottles of water on a Total Fire Ban day, where there are no waterpoints in close proximity to the coupe.

A person has climbed thirty metres into the canopy of a giant eucalypt, perched atop a tree platform attached to logging machinery that preventing clearfelling from commencing, in the active old growth logging coupe.

The logging coupe is in the headwaters of the Bonang River and borders the Errinundra National Park in a controversial area of iconic old growth forest that has been the subject of protest actions for many years.

“The message to the Brumby Government is simple: protect all old growth forest immediately.” said spokesperson for the action, Gillian Edmiston.

“Australia’s old growth forests continue to be logged despite being shown to be an important source of carbon storage.

According to studies by the Australian National University, for every hectare of forest logged, 1500 tonnes of carbon are released into the atmosphere. 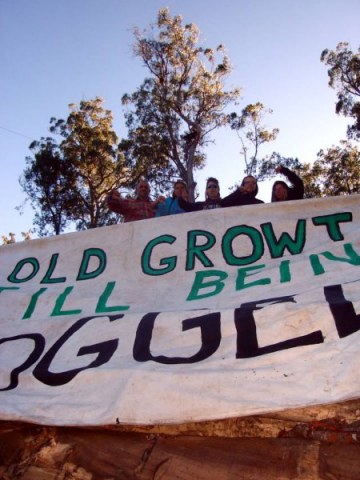 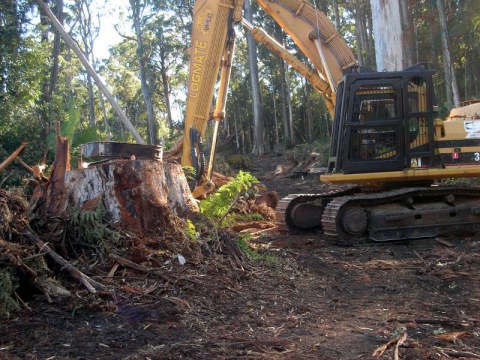 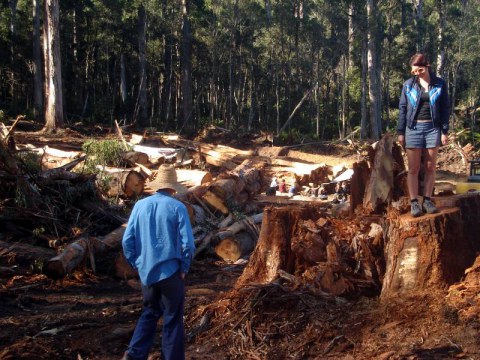 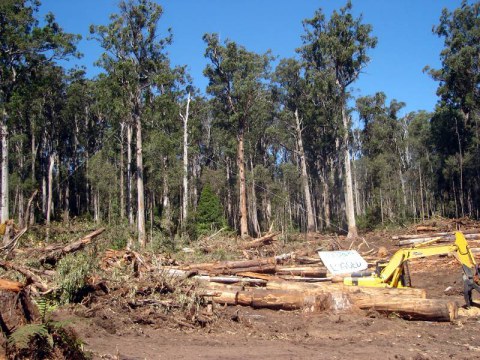 Big Ups to everyone out there, and to everyone who's not...feel like visiting East gippsland?
www.geco.org.au