People marched through the streets of the city under police escort chanting anti coal slogans.

The rally was calling for more employment in the renewables sector, 100% renewables by 2020, global climate justice and policies that make big polluters pay. 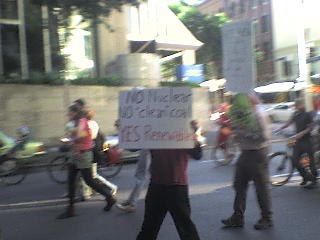 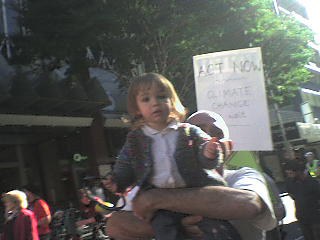 We urgently need the Australian Government to protect Australia's forests, invest in renewable energy and renew our economy, and thereby help to ensure a safe climate future for all. Instead, Prime Minister Rudd has announced a climate plan that will lock in weak emission reduction targets and hand billions of dollars to polluters.